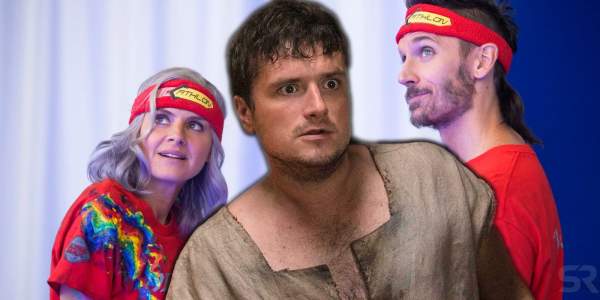 ‘Future Man‘ initially released in 2017 is created by Seth Rogen and Evan Goldberg. After successfully delivering two seasons, the show has gained popularity amongst the viewers. It revolved around Josh who is a Janitor at a medical research facility and a Gamer.

His life changes when he beats a game that everybody gave up on. A series of adventures take place from there when mysterious visitors from the future come to ask him for help. It is well received by the audience because of its time-travel tendencies and humor.

The third installment concluded in April 2020 and fans were keen to know if there is going to be another outing or not. Let’s get into the details and find out what is in store for us.

‘Future Man’ Season 4 Release Date: Is it renewed or canceled?

Unfortunately, ‘Future Man‘ concluded the series with season 3. In 2019, when the show was renewed, the creators of the show also announced that it was going to be the last season.

Though the show was popular, it did not get the breakthrough everybody thought it would. Seems like Hulu is quite inflexible on the show coming back with another season.

Luckily the writers knew that it was going to be the last season and they got the chance to give a proper ending to the show. So far neither the creator nor the cast has commented on why the show was canceled.

Josh, Tiger, and Wolf had been arrested for constantly tampering with multiple timelines in season two. After being arrested they get sentenced to death. However, they met a barbarous jailer Susan, who informed them that they are a part of a pre-game show known as “Die-Cathalon”.

Here they have to put their surviving skills to test. Season three mainly focused on Josh, Tiger, and Wolf going into multiple timelines to save themselves from being arrested in the future. 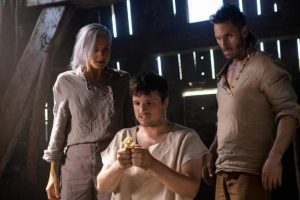 While doing so they also met multiple historical figures like Mahatma Gandhi, Abraham Lincoln, Bruce Lee, etc. In the meanwhile, Susan kept trying everything in her power to stop the trio from solving their errors in different timelines.

After successfully fixing their errors, they traveled back into the present and closed the rip to stop time traveling. With this, the show wrapped up with no possibility of the show ever coming back.

‘Future Man’ Cast: Who starred in the show?

‘Future Man’ Streaming Details: Where can we stream the show?

The show is available for streaming on Hulu and Amazon Prime. The series has three seasons and a total number of 34 episodes. The runtime of the show is 27-30 minutes.