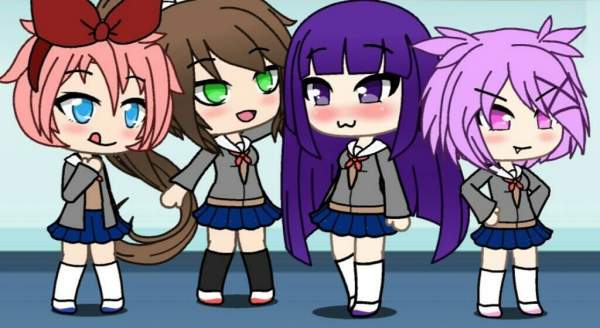 ‘Gacha Life’ 2 is another fashion game available in the gaming market. And this gaming market shares a big part on mobile platforms. These games are not highly complex to play having easy gameplay and only made for certain demographics.

This type of game mainly includes customizing the character with different stylings and accessories. In this category, ‘Gacha Life’ is one of the latest which is performing best and available on Google Play Store with a rating of 4.4.

This game is downloaded for over 10 million times alone on the play store which was released back in October 2018. In a short span of time, it has garnered good popularity. Let’s dive into the upcoming sequel of ‘Gacha Life’.

‘Gacha Life’ 2 Release Date: When will the new game available to download?

Earlier, the release date was expected somewhere in early 2020. But till now, the game is not out maybe because of the coronavirus pandemic. COVID-19 has delayed many productions including big games, tv shows, and movie franchises. Now, the expectation of the release date is now shifted to August 2020.

The sequel is known as ‘Gacha Club’ will be out on the major mobile platform of Android and iOS. It is expected to available with no upfront cost just like its predecessor.

‘Gacha Life’ 2 Trailer: Is there a video available showing gameplay?

No trailer has been released yet, you can watch the trailer of the previous one below:

‘Gacha Life’ 2 Gameplay: What are the expectations?

The different thing about the ‘Gacha Life’ franchise is that the dress up and customizations are available in anime style. The users can choose the character and customize the looks such as hairstyles, weapons, and outfits.

The sequel is expected to have various improvements such as the number of characters. Right now, the game has 20 characters but the sequel will allow players to choose from a list of 50.

The game provides unique features of customizing 8 characters simultaneously which is now has been increased to 10. The game will feature the addition of pets for the characters with customizations and the ability to talk.

Another exciting addition will the Battle mode in which the character can earn gifts after winning the battle. And gifts will be able to upgrade the character to another level.

We may also see improvements in the gestures of the character to make it more engaging with the player.

Apart from these improvements and additions, it is expected to see more mini-games included. Previously only 8 games are available which includes a math game, a music remix based timing game, and Flappy birds clone.