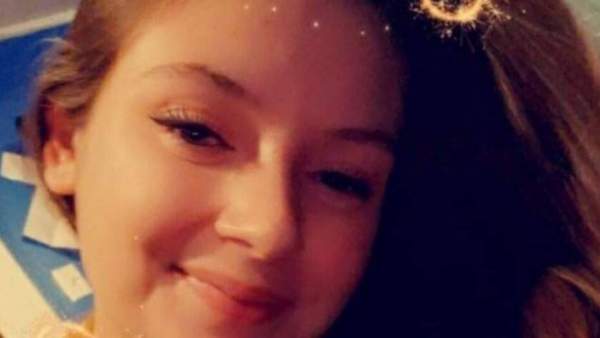 Jessica Doty Whitaker, 24-year-old young woman has been shot dead by Black Lives Matter supporters after she said ‘all lives matter’ during the fourth of July weekend. The incident happened when Jessica along with her fiancé and two more people walking around the Indianapolis Canal walk reportedly at 3 am on July 5.

According to Ramirez, Jessica Doty Whitekar’s fiancé, he and the others were peacefully strolling near the Canal but as soon as someone among them used a slang version of the N-word as stated in the report by Fox 59. That phrase confronted a group of people consist of four men and a woman and argument started between these two stranger groups.

During the argument, one individual from the offended group shouted ‘Black Lives Matter’. Hearing someone from the group of Whitaker replied with ‘All Lives Matter’.

Jessica Doty Whitaker’s father, Robert Doty told Daily Wire that his daughter, Jessica Doty was the one who responded with ‘all lives matter’.

Ramirez confirmed that after this, both of the groups put the guns on each other but later after talking a bit about the issue, things cooled down and they walked away from each other.

He also revealed that “It was squashed and they went up the hill and left we thought, but they were sitting on St. Clair waiting for us to come under the bridge and that’s when she got shot.”

After that, the reports also unveiled that a suspect has been seen shouting at them from a bridge and later fled away.

Ramirez also told WTHR that he was holding Jessica Doty Whitaker and when it happened she just fell down. He admitted that as a reaction to all this, he also opened backfire.

“I didn’t see nobody. I didn’t hopefully I didn’t hit nobody.”

He acted immediately and took Whitaker to a nearby hospital but she failed to resist the pain of the injuries and doctors said she is no more.

The security authorities also made the footage public showing the suspects in a video:

Along the canal, in the past week, 2 more cases like this occurred. Whitaker becomes a victim in the third one. Due to this, the local Indianapolis people requested the officials for making this particular area safer. There is no curfew that has been set up in the downtown area.

Capt. Jerry Leary from the Indianapolis Metropolitan Police Department makes sure that this area is a safe place saying, “Our message is that the canal is still a safe place to go.”

If anyone has any piece of information about this incident then consider giving a call to IMPD Homicide Office at 317-327-3475 or Crime Stoppers of Central Indiana at 317-262-8477.

Who is Jessica Doty Whitaker?

Jessica Doty Whitaker was a 24-year-old mother and a home health nurse who had plans for getting married soon. Due to this incident, she left behind her son, Greyson who is just 3-year-old.

Jessica’s fiancée said, “Just justice. For us, mostly for him. He’s got a mom he probably won’t even remember when he gets older.”

Ramirez when telling about the incident got emotional over this statement and won’t able to stop his tears while talking to FOX 59.

He just started the family and soon getting married to each other but now he doesn’t know how is he going to explain this to a 3-year-old kid.

A GoFundMe has been created to cover up the funeral arrangements and to raise the little child better without a mother. Till now, the fundraiser program has able to reach more than $57,000 by 1,600 donors.

Robert Doty has posted several statements about her daughter on Facebook and used the hashtag, #JusticeForJessica. He also shared his picture with a tattoo of her daughter’s full name saying, “I’m so emotionally lost, ‘I love you, baby girl.”