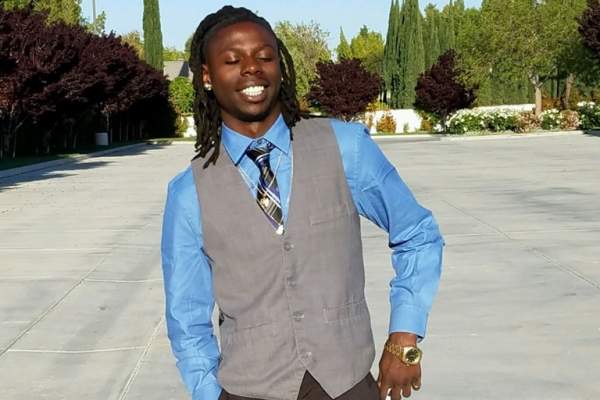 On Wednesday, a man was found hanging from a tree near Palmdale City Hall as per the authorities’ report. He has been identified as Robert Fuller by his family.

On June 10, the 20-year-old man was first seen hanging with a rope from a tree in Poncitlan Square at around 4 am.

Dean said that everything hints toward suicide, but the death cause will be confirmed once full autopsy reports are available. The report will also look up for the man’s past mental issues.

On Thursday, Palmdale City authorities stated in an official statement, “sincere condolences and sympathies to the family and friends of the individual who tragically passed away in Palmdale… Our thoughts and prayers are with them.”

“Sadly, it is not the first such incident since the COVID-19 pandemic began,” officials also added.

But the hashtag, #JusticeForRobertFuller is trending on twitter as people are not considering this as suicide, they are hinting towards something suspicious about the incident.

A black man was found hanging from a tree RIGHT NEXT TO CITY HALL in my hometown. His name was Robert Fuller. Officials and local news are irresponsibly presenting it as a suicide and linking it to COVID19 without proof! #JusticeForRobertFuller pic.twitter.com/u78AHgOqZA

But there is no evidence available for the confirmation of this claim.

Note: If you believe you have something valuable to share about the incident then please mail the information at “thecourierdaily@gmail.com”

After analyzing some tweets with #JusticeForRoberFuller, people are saying that police are distracting everyone by relating to COVID-19 and mental illness.

They also said that everybody is united in George Floyd’s protest to remove police brutality and racism but this type of case is increasing where police are considering them as suicide.

Apart from this, the citizens are also saying it as ‘lynching’.

Here are some tweets showing this,

#JusticeForRobertFuller A 23 year old black man was found hanging from a tree outside of city hall in California. THIS ISN’T SUICIDE. THIS IS A HATE CRIME. THIS IS MURDER. THIS IS AMERICA. I don’t feel safe in this country. pic.twitter.com/ovTLVOr7PZ

#JusticeforRobertFuller #BlackLivesMatter Hasn’t the world learned anything! Robert Fuller was LYNCHED in a well-known White Supremacist town and the media quickly and sloppily dismissed his MURDER as a suicide. Where’s his due process? His family deserves to know what happened.

JJ Murphy, City Manager said, “Many people are suffering extreme mental anguish and the city wants everyone to know that help is available.”

If you want to donate to Robert Fuller’s burial then visit: