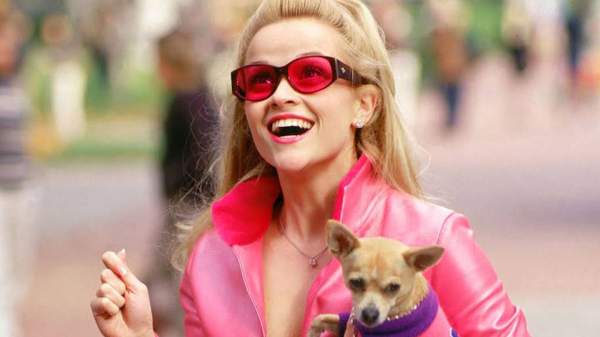 ‘Legally Blonde’ has ruled the 2000’s without a doubt. The quirky characters and the execution of the film and things like that is what makes it so entertaining. When the first movie came out it earned a whopping $141 million in box office sales worldwide.

Which triggered another film and that was a success as well. However, fans have been waiting for a threequel ever since. Well, the good news is that 17 years later after ‘Legally Blonde 2’, a threequel is happening. Let’s find out all the details related to the film.

‘Legally Blonde 3’ Plot: What will happen next?

By the looks of what happened in Legally Blonde two, we are guessing that the third part will focus on Elle’s career and married life. At the end of the second movie, Elle was interested in moving to D.C. to head for the white house.

So, chances are we may see what happened after the bill passes and her wedding. Since it was also hinted that Kaling and Goor are planning on taking a different route for this movie there can be changes along the way.

However, nothing has been announced so far relating to the synopsis of the movie, so we have to wait for an official announcement.

(Also read ‘Anne With An E’ Season 4 Release Date, Plot, Cast: Is it renewed or canceled?.)

‘Legally Blonde 3’ Cast: Who will be starring?

Without Reese Witherspoon as Elle, we can’t imagine a threequel. Along with her, we are hoping we will see most of the main characters come back to screen like, Jennifer Coolidge as Paulette Bonafonte, Luke Wilson as Emmett Richmond, and Selma Blair as Vivian Kensington.

Regina King and Matthew Davis have also shown interest in reprising their roles as Grace Rossiter and Warner respectively. It is unclear as of now on who will be coming back and who will not.

‘Legally Blonde 3’ Release Date: When will the new movie out?

In 2018, Reese Witherspoon took Instagram to tell everyone that Legally Blonde 3 is coming back. Since then the waiting game began. At the premiere of Big Little Lies, Reese mentioned that a script was ready. However, nothing had been shot yet.

Exciting news came in when it was announced that Mindy Kaling (The Mindy Project, The Office writer) and Dan Goor (Parks and Rec, Brooklyn Nine-Nine writer) are set to write the script for Legally Blonde 3. It was also said that Kaling and Goor are set to take a different storyline and bring some freshness into the franchise.

Originally the movie was set to be released on Valentine’s of 2020. However, that did not happen. With productions being shut worldwide it is hard to say when the movie will begin filming. We will just have to wait a little longer to see the third part. 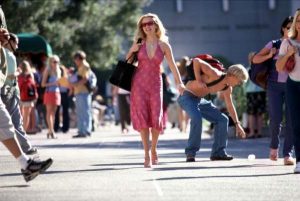 In the second part of the film, we saw Elle became a Harvard Law graduate. She goes to D.C. to change the laws on animal testing after she comes to know that her mother’s dog is in a cosmetic testing facility.

She becomes friends with the doorman of her hotel who helps her understand how to get a bill passed. Along the way she also befriends some senators. Her wish to pass the Bruiser Bill seems impossible at first.

However, she pulls through it. She hosts a million dogs march in Washington to gain support from everyone. Luckily enough the bill passes, and Bruiser is reunited with her mother. Alongside all of this Elle is also planning her wedding with her college boyfriend.

In the end she gets her fancy wedding and looks like everyone gets their happily ever after there.

As the production of the show has not been started yet. We will likely see the trailer a few months before the release. You can check the trailer for Legally Blonde 2 below.