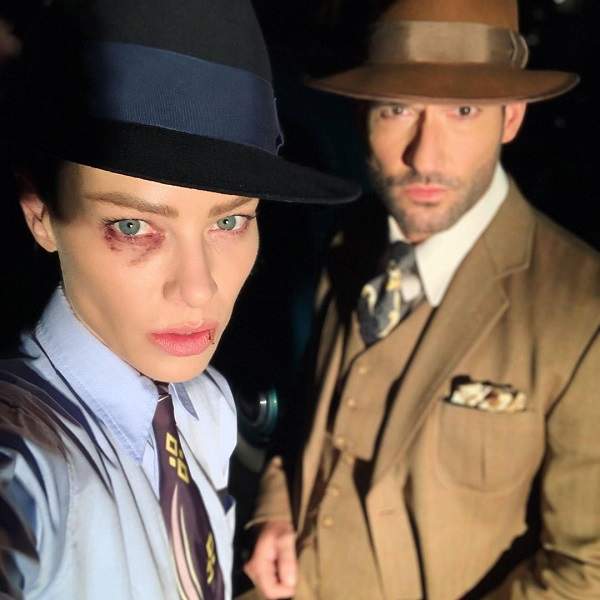 Well, if you are eager enough to know ‘Lucifer’ season 5 spoilers then your haunt for the same will over on this page. The recent Instagram post of Lauren German shown the black eye of Chloe which teases some sort of danger moment in one of the upcoming episodes.

Before diving into the spoiler things let’s have some word on the release date of the fifth installment.

‘Lucifer’ season 5 is going to out on Netflix. Till now, almost everything is out, even the title of the episodes are enlisted on IMDb. The spoiler that we are going to reveal in this article will be based on the behind-scene-picture shared on Instagram.

(Also read: The Greatest Showman 2 Release Date, Cast, Trailer, Plot: Everything That You May Want To Know.)

‘Lucifer’ Season 5 Spoilers: What could happen in the upcoming installment

The show which has able to gather a rating of 8.2/10 on IMDb is soon going to enter into the fifth outing with lots of adventure and improvements. Detective Chloe Decker is someone who faces almost the same amount of danger as our Lucifer does.

Chloe works with the Los Angeles Police Department and this means she will have to go through various difficulties for the safety of citizens. Just like that, she also going to get decent footage in the coming months.

She is with Tom Ellis which shows her black eye and she is trying to tease something about the fourth episode of the upcoming installment. Though, she hasn’t revealed anything about the photo.

With Tom in the 1940’s (shiner by @garbagetwistie)

As she mentioned ‘1940’s’, as per the sources, the whole episode is going to a black & white picture. And also the fourth episode is titled ‘It Never Ends Well for the Chicken’. So, we are expected it right that some real adventure is waiting for us.