The royal drama, The Crown released came in 2016. It features the reign of Queen Elizabeth. Netflix confirmed that there was going to be a season 4 for the show. It began its shooting long back and managed to complete it before the production shut completely until the situation could get better.

The show got intense and gave us an insight into the lives of the Royals. There have been many speculations, assumptions, and hints made for the next season. Now the good news is that the shoot has been completed and the show won’t be delayed as per what we can see. The question remains when will it release? Let’s dive into the details and find out what we have in store for this installment.

Who is in the cast of The Crown season 4?

There are chances that Princess Diana’s story will be shown in season four. Emma Corrin will be playing her role. Peter Morgan is likely to cover the story of her marriage with Prince Charles. That is going to be another reason to tune into the show and it has made us eager to watch the sensational Princess Diana.

She was admired by everyone. She did some unbelievable things and the world admired her work. It will be exciting to see her role being included in this installment. (check: ‘Lucifer’ Season 5 Spoilers: Is Detective Chloe Decker in Danger?.)

Is there any season 4 trailer of The Crown?

As of now the trailer for the fourth season has not come out. It looks like it will be out anytime soon given that the release is also supposed to be somewhere in November or December. However, you can check the trailer for the 3rd installment down below. (check: The Greatest Showman 2 Release Date, Cast, Trailer, Plot: Everything That You May Want To Know.) 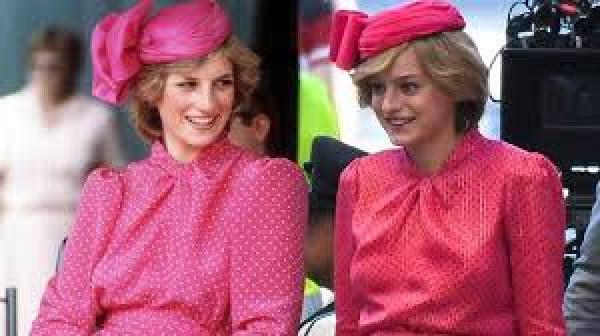 What is the Crown season 4 about?

The fourth season is likely to cover the time span of 1977 to 1990. It may focus on the 1981 occurrence where six shots were aimed at the Queen at the trooping of the Color. We may also see the US president Ronald Reagen and see what relationship he and the queen had. (check: Netflix’s Black Summer Season 2 Release Date, Cast, Plot: Here’s All The Information.)

It may also show us the disagreements between Queen and Margaret Thatcher’s over discrimination (Apartheid) in South Africa. Gillian Anderson will play the role of conservative Prime Minister of the UK. It is still speculation but we will get more confirmation on the plot soon. We may also get one whole episode dedicated to the Royal Knockout.

Peter Morgan may uncover the difficulties within the royal marriage prevailing at that time. Eventually, it led to their separation in 1992 and finally divorce. We may also get to see the Buckingham House intruder, Michael Fagan. Due to a serious hole in the security, he was able to reach inside the bedroom of the Queen.

It was also mentioned that Prince Charles’s role will be a little harsh in season four. One of the fourth season’s episodes may focus on the love triangle between Charles, Camilla Shand, and Andrew Parker-Bowles. We will have to wait for more to see what is coming next. However, so far it looks like that this installment is going to be one hell of a ride.

How many episodes will there be in season 4 of the Crown?

Every installment has had 10 episodes each with a runtime of 41-67 minutes long. We will be seeing 10 episodes in The Crown season 4 as well and the runtime may be the same. It hasn’t been announced otherwise as of now. If there are any more updates we will inform you.

Will there be The Crown season 4 (release date)? Premiere

As of now it looks like there is no delay in the release of season four. We may see this installment pretty soon. It is said that this installment may be released in November or December of 2020. Exactly one year after the third installment.