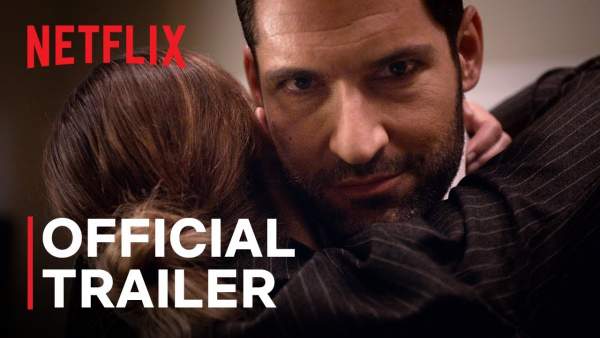 Today, on July 13, 2020, Netflix has made the trailer for Lucifer season 5 public, and the video has already made the fans more eager for the upcoming installment. Because the trailer in the middle reveals Tom Ellis is back with Lucifer’s evil twin Michael.

The news of the trailer has been shared by the official twitter account with a tweet, “we know all your desires, and this season, they’re going to be fulfilled. stream #lucifer season 5 part 1 august 21 on @netflix😈”

The trailer picked the story from where the audience is left in season 4. The kiss between Lucifer and Chloe before going to rule Hell. After that Chloe felt somewhat different and uneasy after he left for hell. She shares this with Mazikeen and told that she is engaging herself more in her work to forget him easily.

In between this, Lucifer jumps back into the story when Chloe needs him because of some danger. But Chloe observed that he has changed a lot since he returned from hell. Knowing this, Mazikeen tries to dig out the information and he himself once says “Lucifer 2.0”.

Later, Mazikeen asks him during a fight that “How could you go home without me?” and then he replied “I’m not Lucifer” and then adds, “Nice to meet you. I’m Michael”. And Michael is Lucifer’s even twin.

The trailer drives the adrenaline in the veins when he says “I’m not gonna break Lucifer’s life. I’m gonna take it.” It is also revealed that he is stronger than anybody can think. So, what is going to happen in the story?

Will, he able to take his life? Or the good Lucifer will be able to successfully take him out. Try to find out the answer in the trailer below and don’t forget to read the latest news & updates about the show at the end of the article.

Here is the official season 5 trailer,

All fans, we have an update that the fifth outing will be out in 2 parts. The first part is going to release on August 21, 2020. The release date for the next one is not confirmed but it is expected to out in the late 2020 or by mid-2021.

Earlier, the creators of the series said that the fifth installment will the final season of the show. But now, they confirmed that the supernatural detective series will surely come back with a season 6 obviously with Tom Ellis as the lead character.