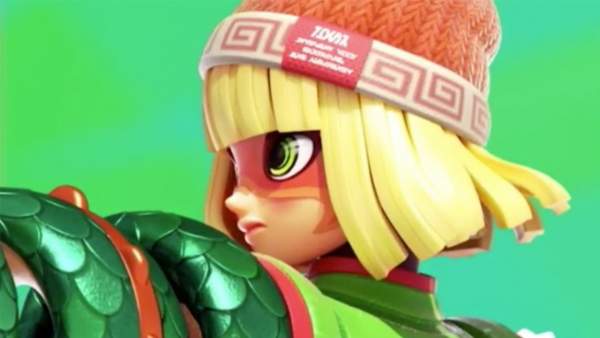 The creators of Super Smash Bros. Ultimate has announced that Min Min will join as ARMS character as a DLC fighter. Min Min will be available on June 29 and will be included in the DLC fighter pack 2 as the first fighter. While the ARMS DLC pack is available at $5.99.

The director, Masahiro Sakurai has shared the info in today’s Direct while staying at obeying the self-quarantine measures from Japan. During this announcement, the fans got a chance to see the living room of the director.

The massive TVs and other pro-gamers stuff are so much exciting to watch.

The Ramen bomber character from other franchises of Nintendo now comes with pro-level moves of spring-loaded attacks.

I want Min Min.” That’s that. The man knows what he wants.

She is popular because she has the ability to equip with different ARMS attachments such as Megawatt which a slow and powerful electrified wrecking ball love. Another one of Dragon attachment which enables the character to get the directional control of the arms after attacking. It also helps during long-range fighting. But she is on the lower side in closer encounters.

Other features if the ARMS DLC pack is that with Min Min, 18 songs are from the ARMS soundtrack, 2 of them are original compositions.. More things are coming to the game soon like Mii Fighter’s Round 6 costumes will be available at cost of 75 cents.

If you have additional Mii Fighter outfits then in the future, you will be able to change the fighter on the Spirit Board and Spirit Rematches are on its way.

Spirit Board such as Pauline is even hard for Sakurai, so for those difficult Spirit Board targets, short videos are now available for the gamers to reveal the best strategy.