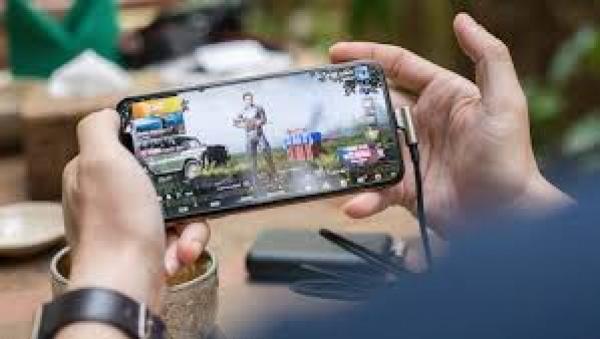 With the rising popularity and easy access to mobile phones, mobile gaming has become a new trend in the last few years. Gaming is the industry that is not just limited to PC and console users since many developers are targeting mobile gamers.

The technical improvement in phones and improving the quality of the games are the reasons for the popularity of mobile gaming and better gameplay experience. The possibility of being able to play anytime and anywhere offers a clear advantage over other platforms. It would not be an exaggeration to say that games specially made for smartphones may replace the popularity of the consoles.

But one should keep a thing in consideration that mobile gaming is not limited to games like Candy Crush and Mini Militia since many popular PC and console games have been reformed for mobile use. Well, they may not be compared with their original version when it comes to the quality of the gameplay but it shows how mobile gaming is important in modern times.

The best example is Pokémon GO, which has lured millions of fans, big and small, out of their homes since its appearance in summer 2016. The game principle of the Gameboy classic was linked with real life and a completely new concept was brought to life.

Another example is PUBG. Tencent and PUBG Corp were quick to make this game available for the mobile device compared to developing for consoles. Final Fantasy, Sims, Mortal Kombat, Call of Duty, Hearthstone, and many more big games were made available for the small screen players

Online casinos also play an important role in smartphones. Gambling on the internet is not a new thing but, in the decade, mobile casino apps’ popularity has grown exponentially. Since many players want to play their favorite casino games on the go, they prefer mobile-friendly online casinos and that has also played rising popularity of mobile gaming. Bonuses like a new casino bonus, welcome bonus, free spins, and the easy accessibility of this gaming have glued players to smartphone gaming.

As we said continuous new developments in the area of smartphone production make mobile gaming particularly attractive. Tablets and phablets in particular have a sufficiently large display to allow gaming with sometimes very high resolution. Additionally, the latest specification of mobile devices also makes them more powerful so with the right graphics, nothing stands in the way of mobile gaming.

That being said, it is much more convenient to gamble on the smartphone or tablet that we already have with us than to carry around an additional console with us. Whether we are traveling or waiting at a doctor’s office or any other free time, no matter where we are, we can play mobile games. The spontaneity is certainly one of the points that speak for the popularity of mobile games.

One advantage that mobile games have is their low price. Many games are offered for free in the app stores. The developers generate their income through so-called in-game purchases. And even if the mobile games cost something, gamers pay a lot less than if they gamble on the console.

When it comes to costs, the smartphone is an interesting platform for gamers. Because most of us already have a cell phone, which is usually no older than a few years. We use the devices for all sorts of things and don’t create them specifically for gaming. Consoles, on the other hand, still cost a lot of money to this day and not everyone can afford a new console.

Virtual reality and Augmented Reality are the future of mobile gaming and they open up completely new possibilities for gamers. Gamers can immerse themselves in the world of games and discover a lot of new things.

The VR area is currently still in development and we mainly find a few games on the market that have been specially developed for this. Some of them can be used as accessories with VR glasses, others only work via sensors or the camera.

Such new developments and future-readiness are certainly some of the reasons that mobile gaming is becoming increasingly popular. Developers are working on making more popular games usable for VR. So, buying such accessories may cost a few bucks but still, it doesn’t exceed the cost of console gaming.

Several studies show that the number of mobile gamers is more than console and PC gamers. The future of portable consoles like PSP doesn’t seem much promising and they may get replaced by continuously growing technically – smartphones and tablets. The prediction for computer games and larger consoles is more difficult.

As long as there are players who prefer big screens, manufacturers probably have little to fear. Plus, gaming on big screens is more qualitative than other alternatives but the high cost of such consoles will direct more players to mobile gaming for sure.