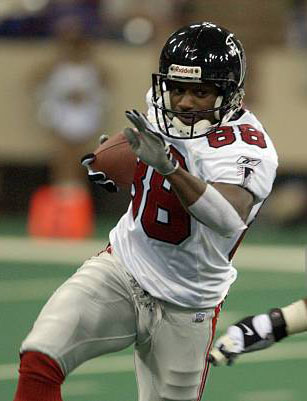 The former Kentucky football player Quentin McCord passed away at the age of 42 who took the position of wide receiver. He was the one who played for teams including Oakland Raiders, Winnipeg Blue Bombers, and Kentucky Horsemen.

The fans have shared the thoughts and achievements of the player on Twitter with prayers for the family during this tough time.

This is just heart-breaking. Quentin McCord, a LaGrange High graduate who had a stellar collegiate career at Kentucky before spending three seasons in the NFL with his home-state Atlanta Falcons, has died at the age of 42. Prayers to Quentin’s family members and friends. pic.twitter.com/UMijRxKDtL

As of now, John Quentin McCord’s death cause is unknown, we will update very soon. Till then let’s look into what he had achieved during his lifetime.

He was born on June 26, 1978, and graduated from LaGrange High School. He also attended the University of Kentucky where he was among the first players in the ‘LaGrange pipeline’.

He has the record of 1,743 career receiving yards in the Kentucky with which he had secured the all-time fourth position among Kentucky receivers. In 2001, he was selected in the seventh round of NFL Draft by the Atlanta Falcons and played three seasons.

When Quentin McCord was in Falcons, he recorded a touchdown and 23 receptions for 427 yards. The year 2002 is marked as his best as he recorded 11 receptions for 253 yards and a touchdown. He left the football in 2005 then after a year, he started again with Winnipeg Blue Bombers of the Canadian Football League.

On April 20, he was re-signed in the team for Blue Bombers. Later on September 2, Edmonton Eskimos got him then re-signed with them on October 2. He was then released on April 10, 2008. Then finally he got into Kentuck Horsemen after joining the af2 in 2009.