Rick and Morty completed season four in May 2020. The fourth installment was split into two parts with five episodes each. With the last episode being aired fans were keen to know whether there was going to be a season 5 of Rick and Morty or not? Well, the good news is that the show has been renewed and the show is not going to end either.

It was said that when the fourth installment was renewed Adult Swim ordered 70 more episodes for the show. Keeping in mind that each installment has 10-11 episodes, we may see more 6 seasons in the future. That means season five may not be the last of this show. Let’s find out more about this show. When it will be released? and who is the cast?

What is the plot of Rick and Morty season 5?

In fourth installment, we saw that Ricky did clone Beth and sent her off to space. It is still unclear who was a clone and who was the real Beth. It was seen that real Beth and clone Beth met in the end. We also saw Phoenixperson returned to Rick’s workshop.

We have seen how the show has always had very few dots connecting to the other episode. It is hard to say where the next turn will start but we are likely going to see the next installment start off from a random obstacle on their way and it may likely feature space Beth in this installment as well.

It could also jump back in a random adventure as we have already seen in the past. The long-lost character – Evil Morty is still missing in the show. So, we may never know what’s next in the show. (check: Netflix’s Derry Girls Season 3 Could Be The Last? Release Date, Cast, Trailer, Plot, Episodes & Everything To Know.)

Who is in the cast of Rick and Morty season 5? Characters:

Justin Roiland (also seen in Disney Gravity Falls) will lend his voice to Morty along with Rick, Sarah Chalke (also seen in How I Met Your Mother) to Beth, Spencer Grammar (also seen in Greek) to Summer, Chris Parnell (also seen in Archer) to Jerry. As of now, only these names would be coming back, we aren’t sure if there are any additions. We will get more details as time proceeds. 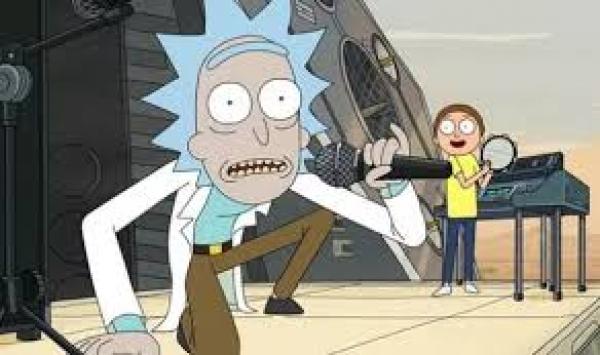 Where can we watch season 5 trailer?

How many episodes are there in season 5?

We have seen around 10-11 episodes in each installment until now. It is expected that there will be the same number of episodes in the fifth run as well. However, the runtime has been around twenty-two minutes long so we will see the same runtime again. It is unlikely for that to change.

Will there be a Rick and Morty season 5 (release date)? Premiere:

The gap between the third and fourth seasons was of two years. The makers of the show have assured that the gap won’t be as long as the last time and season five will be out before that. As this is an animated show and the work can be done remotely, it is still unclear when it will come out but we are expecting it to be back by late 2020.

The show airs on Cartoon Network’s Adult Swim on Sunday nights at 11:30 pm PT. You can watch all the episodes of this anime on streaming platforms like Hulu and HBO Max.