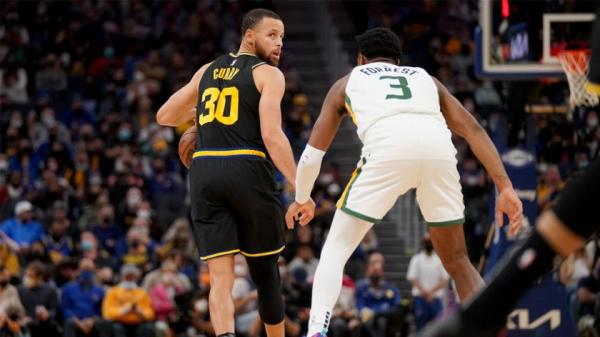 Given just what Steph Curry has achieved over the course of his glittering NBA career this season, it’s very surprising that his buzzer-beater, which helped the Golden State Warriors defeat the Houston Rockets, was the first he’s managed in the game.

The 33-year-old recently made history by becoming the player with the most three-pointers ever and has, of course, collected a host of other accolades, including three NBA titles and being named seven times in the NBA All-Star team nonetheless; this was the first time he’d managed a buzzer-beater.

The chances of Curry making it NBA title number four are looking pretty good right now with his Golden State Warriors sitting in second place in the Western Conference with a super 34-13 record and if you were wondering what their odds for the Championship were right now, then visit this URL for more info.

Curry sunk his 20-yard shot as the clock hit zero to complete an exciting 105-103 win for the Warriors over the Rockets and was clearly ecstatic about finally getting to feel the thrill of a last-second winner, having hit seven shots to win games within the last five seconds, but never as late as this.

“It’s about time I made one; that’s my first one!”

By all accounts, it’s his first buzzer-beater since his high school days, and he was understandably delighted about reaching the milestone.

“The way the whole last 48 hours have been with the way we played grinding out last night, going overtime, losing, the disappointment with that and then coming into this game, the back and forth, just grind-it-out mentality we had, the resilience we showed to give ourselves a chance the second half was impressive.”

“It reminds you to keep the big-picture perspective on what we’re trying to do.”

The Warriors went off like a train at the beginning of the season, standing at 18-3 by the end of November.

They have eased off in recent weeks, going 5-6 over the course of the last few weeks, but Steve Kerr’s men should have enough in the tank to push on and book safe passage into the postseason, where they will have to battle the likes of the Brooklyn Nets, the Milwaukee Bucks, the Phoenix Suns and perhaps even the Chicago Bulls for the title.

Steph Curry is also in the running for the All-Star captaincy spot, though he is currently trailing Los Angeles Lakers star LeBron James, by a large margin, with James being around 800,000 votes ahead in the public vote.

LeBron James has been a captain on either side of the All-Star game in each of the four previous years and could beat Curry to the punch this year; such is the four-time NBA champion’s popularity.

Kevin Durant is leading the way in the voting for the Eastern Conference end of the All-Star picture, ahead of Giannis Antetokounmpo in the public vote.

It should be noted that the public vote makes up for 50% of the overall scoring, with another 25% going to those in the media and the final 25% coming from players and coaches.