The Courier Daily News
Home Gaming The Future Of Gaming 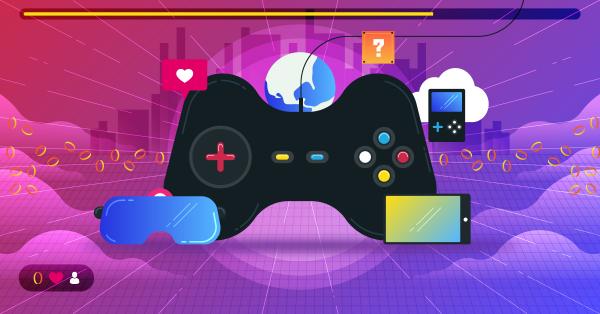 The future of gaming is just around the corner. With more and more people on the go, it’s no wonder that video game developers have been coming up with new ways to keep us entertained. This article explores some of the newest innovations in gaming technology and talks about some of this thriving community’s latest trends and topics.

The video game industry is known for its innovative ideas and new technologies. Virtual reality, or VR as it is popularly known, is one of the hottest topics in the community right now, with many developers working on bringing this technology to fruition. There are already several types of virtual reality devices available that show the sophistication of this technology. Companies like Google and Samsung have already created devices that can be worn on the head to simulate a virtual reality experience.

And it’s not just games: VR has been used in medical research for many years now. Today, different teams are working on bringing VR to the mainstream for entertainment purposes, making it a new frontier in the gaming industry. Developers are still working to bring better VR experiences at lower prices, but all signs point toward an amazing future for this technology.

Virtual reality is still relatively new, but already many video games have taken full advantage of this technology. Other types of virtual reality devices are available, such as the Microsoft HoloLens, which projects holographic images onto real objects in its surroundings.

In-game purchases? Yes or no?

Another contentious topic is the monetization of games. In this regard, there are two clear trends: on the one hand, there are those who believe that video games should be free and contain no advertising; on the other hand, we have those who think that games have to have in-game purchases in order for developers to make money.

Currently, the top-grossing games are free-to-play and rely heavily on addons and in-game purchases, so it’s no wonder that this trend has become mainstream. However, some people believe that freemium titles have a detrimental effect on the gaming community and can create a negative experience for gamers and developers alike.

The rise of online gaming & gambling

One of the biggest trends in gaming currently is social interaction and multiplayer games. People are using digital devices to connect with each other and play online. This has developed alongside a sophisticated online gambling industry that has been growing for many years now. These days, there are some truly remarkable online casinos that are incredibly immersive. There’s a huge array of different games to play, each offering its own unique kind of fun. People can gamble on different things such as tournaments, free-rolls, slots tournaments, and more.

With online streaming services improving with each passing day, it’s no wonder that people are starting to stream themselves playing video games. Twitch, which was once just a platform for gamers, has now become a social network where you can find all kinds of different personalities and communities. Gaming is finally emerging from its self-imposed shell and becoming a fully-fledged entertainment medium.

Mobile gaming really took off around the mid-2000s when smartphones began to become widespread. Ever since then, people have been playing games on their phones! Nowadays, it’s hard to find someone who doesn’t play games on their phone at least once a week!

Developers are now creating their games with mobile devices in mind, making sure that they are optimized for smartphones. This has made it easy for people to stay entertained even if they’re on the go.

Artificial Intelligence (AI) has become so sophisticated that developers can create extremely intelligent enemies for gamers to fight. It’s no wonder why many games now offer AI functionality in their game mechanics: it keeps things challenging and rewards players with a sense of accomplishment when they beat the game.

Another technology that has taken off is Augmented Reality (AR). Developers have been creating games that merge the real world with computer-generated graphics, allowing people to experience things they never thought were possible before. Many of these experiences are purely for entertainment purposes, but some have wider applications in fields like education and healthcare.

Another trend in the gaming industry is communication between players. Many modern games offer chat functionality and other ways to communicate; this can be through text, voice, or even emoticons.

While some people love using in-game chat, others prefer not to use it at all: they think it could affect how well they perform and take away from their in-game immersion. However, it’s undeniable that communication between players is becoming more and more important as the years go by, especially for those who enjoy playing squad games.

As you can see, the video game industry is progressing at an impressive rate! There is no doubt that things will only get better from here as developers continue to push the boundaries of technology.