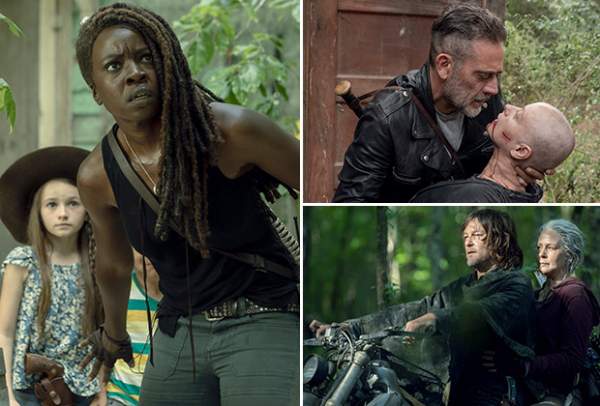 The Walking Dead Season 10 Episode 16: Earlier, the final episode was scheduled to air on April 12, 2020, but it faced a delay. Many things are going to open in this episode and fans will also get an answer whether they will get season 11 or not. If yes, when?

The American post-apocalyptic horror tv series has been inspired by Robert Kirkman’s comic series. It gained worldwide popularity during the early installments and continued to grow and made it for 10 renewals.

It was praised a lot by the critics and viewers left good word of mouth and reviews with a rating of 8.2/10 on IMDb. Now, the questions are; Why it is facing delay? and by what date the finale premiere? You will get all of your answers below.

As per the sources, the production work was not completed at the scheduled time due to the coronavirus pandemic across the globe. It will be available for sure this year, it all depends on the situation.

Officially, there is no certain airing date available. If things get normal within a month then we will able to get the fruit by October 2020. (Also read: Batwoman S1 E18.)

This is not just happening with this series, it is the story of almost every popular tv show and web series. But there are few shows, which are airing at the right time. This could be possible, as they may already have their content ready.

Now, because of this delay of only one episode, the season 11 will have uncertainty, we will only get the news of 11th installment once everything becomes normal.

The promo or preview video is not available, but we have the sneak peek video below:

Being a finale, the episode is going to be full of suspense and cliffhangers. Many new things will open up. As per the showrunner Angela Kang, new characters will be introduced and Maggie will return.

The return of Maggie will, in turn, start a new issue. Due to this type of interesting facts, the show will end on an entertaining and suspenseful note. We all know that Negan has killed Alpha, the upcoming episode will show, how things become complicated for the whole community due to this. 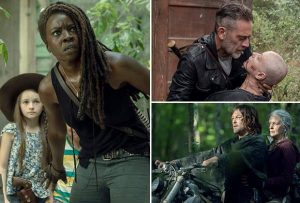 In an interview, the showrunner said, “I think he has a good argument of “This is what I had to do to get it done”. And other people are going to feel like, “Well, if you are right next to her with a fire arrow, why not shoot it into her head instead of at our house?”

Negan will try to explain the things that are done by him, but no one listens to him. This, in other words, mean, the finale will be worth watching and we should wait for it.