Affiliate marketing helps many businesses maintain fast-paced growth. There’s no wonder sponsoring gambling streamers is a must for many casinos, but have you ever wondered how much these streamers make?

Although relatively new to the streaming market, Adin Ross surpassed 5 million subscribers on Twitch and nearly 2 million followers on his Youtube channel. He first started making videos streaming games like GTA, then introduced classic slots reviews, now being one the most popular casino streamer. His fortune from casino streams is estimated at around 4 to 5 million dollars, but he is not stopping here.

How much does Adin Ross make per deal?

In March 2022, Adin Ross revealed by mistake during a live stream how much he can make per deal. During this session, Adin opened up a Discord conversation in which he negotiated a deal between him and Stake Casino. Apparently, from just one gambling sponsorship deal, Adin Ross makes close to $1 million per week, more precisely 335 Ethereum or $995000 in just one week. This does not include any winnings he might get while playing with sponsored money, as the partnership consists of the funds he invests while playing these casino games.

Canadian streamer Felix Lengyel, famously known on Youtube and streaming channels as xQc, has been on the streaming market for some time.

It was a surprise when xQc announced he would stop making these kinds of videos in June 2021. He claimed his videos wouldn’t contain this type of content anymore due to personal issues, especially his ongoing gambling addiction. However, things took another turn this year, and xQc came back and started playing again.

Roshtein, or Ishmael Swartz, is a Swedish streamer who recently surpassed 1 million subscribers on Twitch and just 20000 subscribers on Youtube, even though he has been streaming for about six years now. Roshtein’s popularity gained rapidly after a Є2.5 million win playing the Fruit Party slot powered by Pragmatic Play. He also won several prizes playing live casino games released by Epic Games.

He received major backlash in the past

Roshtein is among some Twitch streamers who could not avoid backlash from viewers. He was blamed and criticised for “fake bets” while promoting certain casino games during his live sessions. However, his credibility was not entirely restored, but the streamer continues to make daily videos for his channels. His net worth is estimated at around $22 million and continues to grow as Roshtein’s winnings keep coming.

AngelMelly, or her real name Melissa, is originally from Australia, and she is the first female casino streamer who made it to the top of casino streamers around the world. With just half a million Youtube subscribers, AngelMelly gained crazy traffic at the age of 21.

She is known for her live session of Roulette, and her biggest sponsorship deals included partnerships with DuelBits and Stake Casino. AngelMelly’s net worth is around half a million dollars, but her Youtube channel and views grow daily.

During several interviews, AngelMelly claims she tries to keep it real with her subscribers. She maintains a limit of only $500 during her gambling sessions, revealing that she gambles sponsored money. She is careful about the exposure to youngsters her videos have and is keen to maintain transparency with her followers. 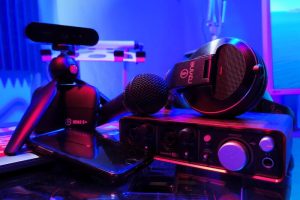 The last streamer on our top, but definitely not a bottom-list content creator, is TrainWrecksTv, on his real name Tyler Niknam. The American Twitch streamer began delivering streaming videos in 2015, and now he has over 210K subscribers on Youtube, almost 2 million subscribers on Twitch, and more than 80 million views on the streaming platform. He is famous for his most significant win of approximately $769,500 came while playing Buffalo King, a game powered by Pragmatic Play.

TrainWrecksTV’s net worth and partnerships

The Arizona-based streamer is sponsored by many online gambling platforms such as Stake Casino. His net worth is rumoured to be roughly $3 million, claiming in the past that he makes around $1 million during a month. However, these numbers can only be presumed as there is no clear evidence of how much a streamer can make.

This month, the streamer shocked his fans while publicly announcing he lost around $22 million while gambling in nine months and admits he hid these numbers from his subscribers out of fear of losing his viewers. He claims he regained around $12 million. His last live streaming session lasted 35 hours, during which he gambled and socialised with his audience and friends.

It is no surprise that streamers have caught the attention of big online gambling platforms. This type of affiliate marketing is what brings online casinos great revenue and the chance to grow their brand’s reputation.

Live session streaming is an excellent method to show viewers what the game is like. This is a way to show the safest way to get bonuses and how to play so they can win more money.

What are other ways streamers can make money from?

Apart from their numerous partnerships with online casinos, streamers admit that part of their revenue comes from the social platforms they choose to use, promo codes, and other affiliate marketing sponsorship deals. There are no accurate records of each streamer’s fortune, as many choose to keep this information confidential.

Overall, we must admit these streamers’ impact on online casinos’ revenues. Some blame them for their irresponsible gambling advertisements; others remain resilient to supporting their favourite gambling streamers. As entertaining as watching them gamble and win or lose money is, viewers still have to remember that most videos are created using sponsored, unreal sums of money. Therefore, if you use platforms promoted in such videos, keep an eye on how much you gamble.