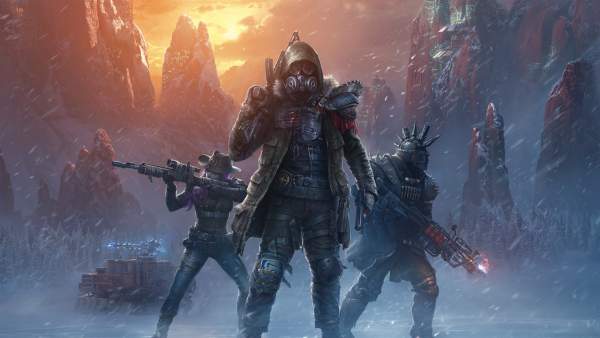 The famous game series developed by “Interplay Productions” named “Wasteland” started in 1988. The game is a post-apocalyptic American Game that was first developed for the Apple II and later it was available for PC, Mac, PS4, etc.

There was a sequel to the game in 2014 named “Wasteland 2” which was a much-updated version of the which is available on various platforms. This a Role Play Game in which the players can access guns and fight with the uncivilized characters in order to help the king in saving the city.

Now the new sequel is announced by inXile entertainment with a trailer on June 11, 2020. It will be an updated version of Wasteland 2 with some changes to the players, powers, armors, and settings.

The main motive of the players will be the same as in “Wasteland 2”. The players will be trying to save the city and rebuild it as it is destroyed due to the apocalypse. For more information like the release date, plot, and the new controls and changes in the game keep reading the article to the end.

When will Wasteland 3 Release?

The release date of Wasteland 3 is delaying for a long time. Previously, the game was announced for renewal in 2016, but due to some circumstances, the game was getting delayed.

Now along with the release of the trailer inXile announced the release date to be August 28, 2020. The date has been delayed from its previous date due to the current conditions created by pandemic COVID-19, as the developers’ team was not able to meet face to face.

All the meetings were held with the help of social media that made it available to have virtual meetings. Now hopefully this will be the final release date without any further delay. (Also check: Hulu’s Better Things Season 5 Release Date, Cast, Trailer, Plot, Episodes and Everything Else You Need To Know.)

What’s New in the Wasteland 3

A lot of things have been changed in Wasteland 3 compared to the previous version. As per the information from inXile, It will be a party-based RPG that will focus on the story of the game as well.

In the previous update, vehicles were not available, but from now onwards vehicles will be introduced in Wasteland 3. The ranger base will be a major concern as it is the place where the rangers will be helping the citizens and fighting with uncivilized ones.

The rangers will be able to play as single-player as well as multiplayer by making their own squads. And the game will not be affected if one of the players drops out due to some reason during the game.

It will be switched to the single-player if the game is dropped out by any of the players. A deeply engaging story will be available with new dialogues depending upon the events that happened in the game.

What will be the Wasteland 3 Plot?

The game will be a sequel to Wasteland 2 with its plot starting from the ending of the previous. A new story will be available to gamers with new challenges and powers with them.

Previously, the rangers used to receive a call from the king asking for help from them. The rangers have to fight in post-apocalyptic conditions in order to save the citizens as well as developing the city again as per the demand of the king.

Now the rangers will have to perform the tasks in the frozen land of Colorado which will make it more difficult for them to survive as well as the fight against the evils. The rest of the updates will be provided once available to us.