The Courier Daily News
Home Technology Web 3: How eCommerce and Gaming Are Blending Together

As gaming becomes more and more relevant, businesses are creating tailored products for their players both inside and outside the gaming experience. With the rise of Web 3, which will heavily incorporate gaming and the blockchain into the online experience, eCommerce is set to become a much more integral and seamless part of how people navigate the internet.

The Evolution of Gaming with Web3

Things have changed since the times of arcade games like Pacman or Street Fighter. In 2022, the gaming experience has become much more personalized. Gamers can experience all the joys of gameplay in the comfort of their home, even with technologically advanced gaming formats such as virtual reality, the cloud, and of course, the metaverse.

Coming into “Web 3,” the next generation of the internet, in theory, will run with the help of blockchain technology to create an immersive online experience. Whether it’s education, entertainment, or commerce, the goal of Web3 is to merge the gap between humans and machines with semantics. This essentially means that machines will be able to read content in a more organic and human-like way. Tech giants such as Apple, the creator of the AI-powered virtual assistant, Siri, have already been quick to get ahead of the curve.

When it comes to gaming and Web 3, AI and cryptocurrency are expected to revolutionise everything from software design to user experience. Whether it’s online casino games, immersive VR games, or battle royale games, gaming companies are working hard to create new items, skins, and experiences to keep players engaged. One of the biggest changes experts are already taking note of is the switch from pay-to-play to play-to-earn, which allows players to earn cryptocurrency for playing.

This has called for the role of eCommerce in gaming, which in recent years, seems to have become an integral part of the current games players know and love.

Variety is the Spice of Life

Since 2020, the eCommerce market has blown up in ways no one has expected. Facing rapid growth due to constant online activity during unprecedented global events, competition grew fierce, forcing businesses to generate new products at an accelerated rate and ultimately transform the way they offer goods and services. Having to rely on various methods to remain relevant in a rapidly-changing industry, businesses have turned to strategies such as creative automation, which fill in the content gap by allowing marketers to speed up production while creating a variety of content. Just two years later, eCommerce has become become available in new formats, including in-game stores.

The poster child for the eCommerce boom in the gaming world is Fortnite, a free-to-play multiplayer battle royale game where players can fight to be king of the hill, cooperate in teams, or take on missions. It appeals to players because its base game is free to access. However, committed players normally end up purchasing some of the many microtransaction items on offer such as weapons, skins and emotes. This had led to the game earning $9 billion in just its first 2 years. On top of that, Fortnite has also created online events such as concerts with reputable artists like Marshmello and Travis Scott, making it an appealing online venue. Marketing experts suggest that creating relevant products and experiences such as these is what made Fortnite able to outcompete its counterparts.

Similarly, many online gaming companies are already ahead of the curve when it comes to variety. Offering a variety of games such as slots, businesses have learned to take note of their customer’s interests, whether it’s catching whales or sailing with Vikings. However, most iGaming houses understand that it doesn’t stop at settings. Features play a big role in the gaming experience. In fact, these companies compile elaborate libraries of titles for their patrons with a huge range of diverse options and unique elements. From bonus rounds, to multiple paylines and novel mechanics, there’s something for everything to explore. Much like Fortnite, iGaming companies have prioritized their customer’s wishes and taken it to the next level.

As more games adopt pay-to-earn models and in-game eCommerce style stores with the arrival of Web3, credit card payments just won’t cut it anymore. Instead, a new form of payment is taking the reigns. 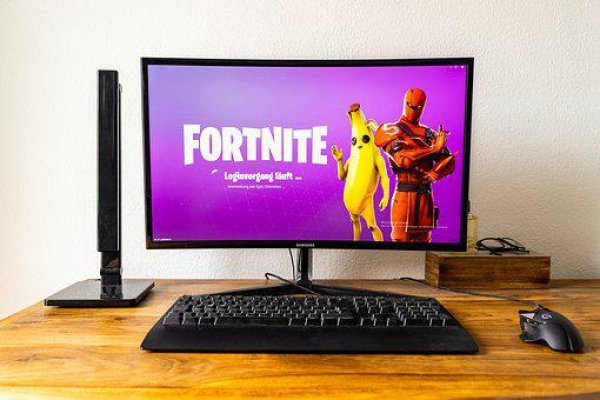 One of the defining features of Web 3 is its reliance on blockchain technology and cryptocurrencies. Of course, the way it works is a bit complicated, to say the least, but to put it in simple terms, the blockchain acts as a document that records any activity that happens on it. Adopted by Bitcoin founder, Satoshi Nakamoto, blockchain is often used to protect users’ funds from cyber theft.

How this plays into eCommerce and gaming, then, relates to how this information will be recorded and saved in order to tailor a unique and seamless experience for the user. As more and more games take on the pay-to-earn or play-to-own models, gaming companies and their eCommerce affiliates will be able to track each purchase made in gameplay. Due to the fact that the blockchain records all purchases and transactions made by users, businesses can develop intricate networks that deeply understand a customer’s wants and needs, making for some fascinating new games in the future.

When Will Web 3 Launch?

Like any complicated technological system, Web 3 will probably take years to be fully developed. Due to its experimental nature it is likely that companies will need time to fine-tune and troubleshoot their programs before fully integrating them into mainline services.

However, this doesn’t mean that Web3 products and services will remain a mystery. In fact, many are already available on the market such as the thriving NFT community. Watching this sector develop in the blink of an eye is proof that Web 3 is on the right track to becoming a part of daily life.

Although Web 3 is still in its beginning stages, it holds lots of promise for the future of education, entertainment, and business. As blockchain technology becomes more and more integral to the way the internet works, eCommerce will become a ubiquitous feature intrinsic to gaming.