The Courier Daily News
Home News What is excited delirium? The syndrome/condition used to defend some cases of... 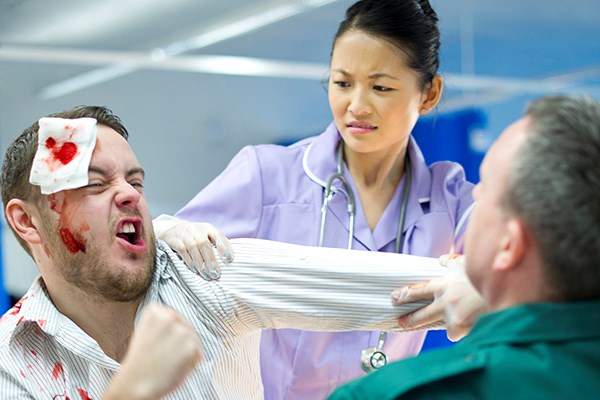 The term ‘exciting delirium’ might sound new to the majority of the citizens. But it has been used by many cases in the past where someone dies during or under arrest by police.

In August 2016, Tony Timpa, a 32-year-old man died during the arrest at a Dallas parking lot. After the investigation, the phrase ‘excited delirium’ was used in his case.

This article will be going to cover everything about George Floyd, the officers involved, and the excited delirium.

The protest is going in the whole nation since many days after the viral video showing the assault of George Floyd by the 4 police officers. Derek Chauvin, Thomas Lane, J Alexander Kueng, and Tou Thou are the four ex Minneapolis officers.

Who was George Floyd and Why People are Protesting?

Well, George Floyd was a 46-year-old African American man who lost his life at the time when Minneapolis police arresting him.

The whole incident was caught in a camera and a twitter account named, ‘Anonymous’ made it public.

The video started picking up views as soon as it is uploaded and this led to the beginning of the protest. Initially, the protest was peaceful but after some time, the riots started.

The bird-eye view of Washington DC shown the smoke emerging from the multiple locations.

Different people have given different conspiracy theories behind the death of George Floyd but nobody has evidence to claim it.

The citizens of the US started the protest for the complete removal of racism from the nation. There are still some people in power who because of racist minds do these kinds of things.

As an action, those 4 Minneapolis officers (now, ex-officers) have been arrested with charges include 2nd-degree murder and 2nd-degree manslaughter.

Recently, Thomas Lane, one of the 4 ex-officers involved in the murder used the fundraising amount to pay the bail amount of $750k.

While the other 3 ex-officers’ lawyer is soon going to file for the bail. This means they will also release soon after the bail is approved.

Now, there is a dilemma in society that does the protest is working or not? What could they do for complete justice for the George Floyd?

What is excited delirium?

The excited delirium is a syndrome that is often used by the police when someone dies in custody.

Now, excited delirium syndrome exists or not is a controversial debate between the experts and police forces. But excited delirium is known to have aggressive and incoherent effects sometimes considered close to “superhuman strength”.

This phenomenon happens with people who consume drugs such as cocaine.

Some experts call it a pseudo-science condition which is made for using as an excuse for the police to give justification for excessive force usage.

As per the critics when some avoidable death happens under arrests by the police then this is just like a tool to get out of it. Critics also cited that this reason involves mainly when a case is involved with black and Hispanic men.

Adding this, they also say that this syndrome is kind of racist just like the leaders in power.