The Courier Daily News
Home News Who is Buffalo Shooter Payton Gendron of Conklin? Parents, Charges against him,... 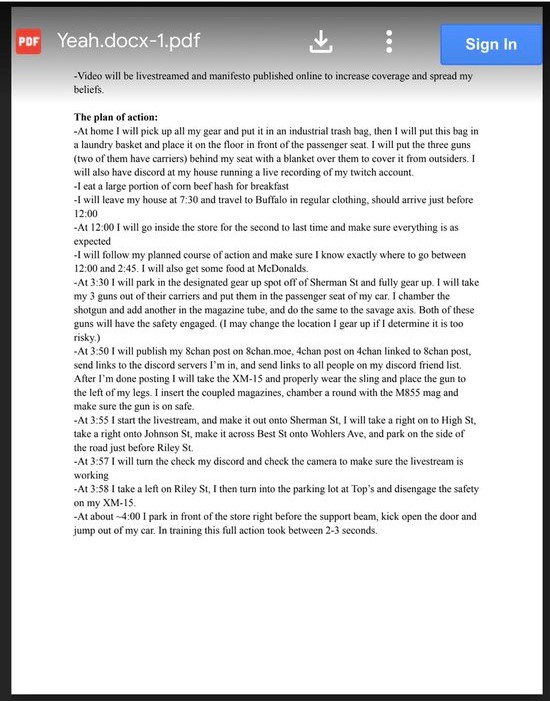 On May 14, Saturday, an 18-year-old suspect allegedly shot 10 people in Buffalo, New York. Payton Gendron had traveled from Conklin, New York. It is believed that he carried out this attack under an extremist belief system. The racist ideation that Payton had is known as the replacement theory.

What happened on May 14 at the Tops Supermarket?

On Saturday, Payton Gendron left his home in Conklin, a small town in New York, and drove more than 200 miles to this supermarket in Buffalo. The Tops Friendly Market was situated in a predominantly Black neighborhood.

The attack began around 2:30 pm. He was dressed in tactical gear and body armor. Before entering the supermarket, he shot four people in the parking lot. The security guard, a retired police officer, fired at Gendron, but the security guard failed due to the heavy metal he was wearing on his body. Around 10 people were killed in this attack, and 3 were injured.

A video was captured by police in which Payton was seen using racial slurs and urging other Americans by saying that they were going to be replaced by the black community. It was also seen that he was making comparisons with other unfortunate massacres of the Black Community. Police believe that along with the attack being pre-planned, his victims were clear to him as well. Out of all the people shot, Eleven were black, and three were white. It clearly looks like a crime that was motivated based on racial hate.

What has been discovered by the authorities until now?

The authorities are reviewing a manifesto. According to the authorities, Payton wrote in the manifesto that he selected this particular area due to the number of black residents that lived in the area. He had also noted how he would carry out the attack. He thought of the type of gun he would use, the timeline, and also where he was going to eat.

He had pre-decided where he was going to Livestream the attack. He studied the entire layout of the grocery store and made a clear plan step by step. After shooting the security guards, he planned to shoot the black shoppers from the store. He was highly motivated by the gunman in New Zealand who had live-streamed his attack on Jewish Synagogue in Germany.

In the manifesto, Payton had also mentioned how he had been passively preparing for this attack for several years. In January, things began to get serious for him. He had been collecting ammunition gear while practicing shooting.

His channel on Twitch has been taken down, but some images are still circulating on the internet. One of the images shows him standing over a dead body, holding a gun.

Who is Payton Gendron? Wiki Bio

Payton Gendron is an 18-year-old teenager residing in Conklin, New York. He was a former student at Broome Community College. According to Police in Broome County, in June 2021, Gendron had threatened a local high school. He had threatened to shoot at the graduation. An investigation was carried out, but no charges were filed against Payton. He received mental health evaluation and counseling.

Payton had legally purchased the AR-15 assault-style rifle that is said to be used in the supermarket attack. The seller confirmed that he had run a background check on him before selling him the gun.

What are the charges on Payton Gendron?

On Saturday evening, Payton stood before the Buffalo City Court on the count of first-degree murder. However, Gendron pleaded not guilty to the entire attack. If the suspect gets convicted, he will face life imprisonment without the possibility of parole. Since it is still an ongoing investigation, additional charges may be applied. He is due in court on May 19.

Payton Gendron is the son of Paul Gendron, a Civil Engineer who works for the transportation department in New York. His mother is Pamela Gendron, who is also an engineer working along with his father, Paul. His parents have a total of four children. The Buffalo mass shooter is the eldest one. His parents have been cooperative throughout the investigation.

He had uploaded a massive 108-page manifesto on Google Drive, which the search giant later took down. He described himself as a white supremacist and said that he was radicalized by the internet and not anyone he met in real life. It happened in the early phase of the pandemic. Per the manifesto, it looks like that Payton had planned everything in advance. 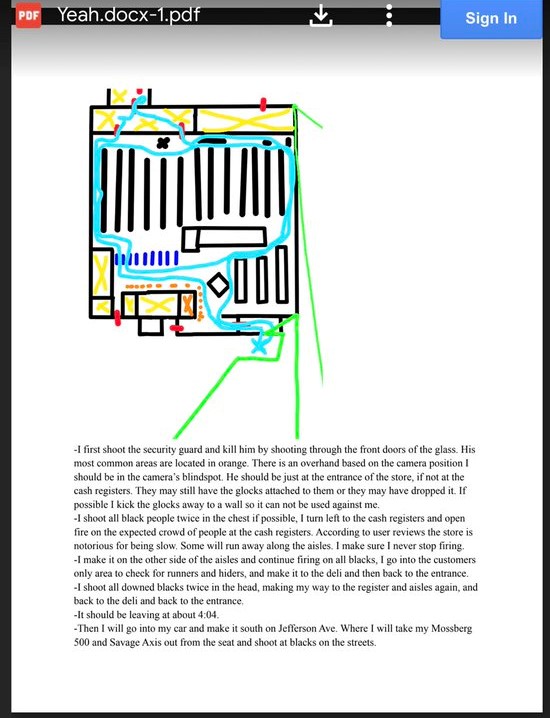