The Courier Daily News
Home News Who is Aaron Glee Jr.? Is he the Murderer of Oluwatoyin Salau?,... 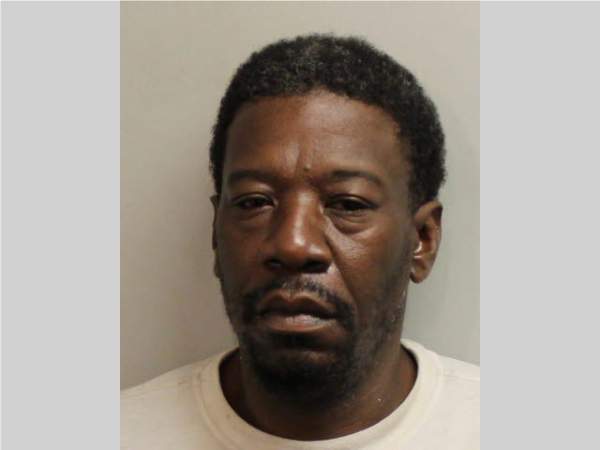 Today, the death of Oluwatoyin Salau, Black Lives Matter protestor has been confirmed who was a 19-year-old African American. She was murdered by Aaron Glee Jr., a 49-year-old man who already has some criminal past.

Aaron Glee Jr. is accused of the murder of Oluwatoyin Salau and Victoria Sims, a 75-year-old AARP volunteer. Both of the dead bodies were found together. The identification of the victim has been done by the police.

According to Tallahasee.com, “The 19-year-old and 75-year-old met after recent protests over justice for black lives.”

The 19-year-old Toyin was missing since early June. Later, the police discovered her body on Saturday. While Sims, the 75-year-old volunteer was also missing from Saturday.

Before the disappearance of Salau, shared this on a tweet,

Officer Rachelle Denmark, spokeswoman for the Tallahassee Police Department said, “Officers went to the 2100 block of Monday Road just north of Orange Avenue around 9:15 p.m. Saturday to follow up on a missing person case.”

She added that during this investigation, the officers found two deceased people and further got the lead with a suspect.

The spokeswoman also revealed that right now, the suspect is in custody and there is no announcement regarding the arrest. Earlier, he was on bail and now under police custody for double murder.

Who is Aaron Glee Jr.?

Aaron Glee Jr. is a 49-year-old African American who has been kept in custody as a suspect for the murder of Toyin and Victoria as per Tallahassee Police Department press release.

Well, Glee is from West Palm Beach, Florida who has two recent cases of battery charges as per the records of Orange County, Florida. There are various other cases in which he was involved and are listed below in this article. 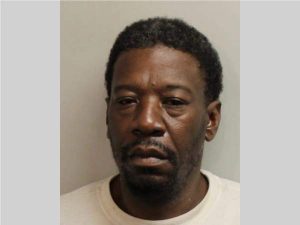 As already revealed above that Glee has two recent cases with charges of battery cases as per the court records. 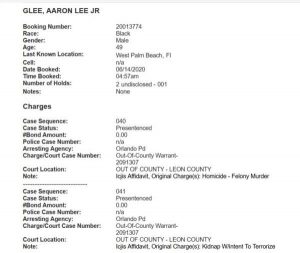 The jail records of Orange County, Florida revealed that he already had a warrant for kidnapping and felony murder from Leon county. The records also show that he was arrested on June 14 by Orlando Police Department.

As per the Leon County records, Glee recently closed a case in 2019 of marijuana possession.

There are various other cases that he had in the past and some are still open.