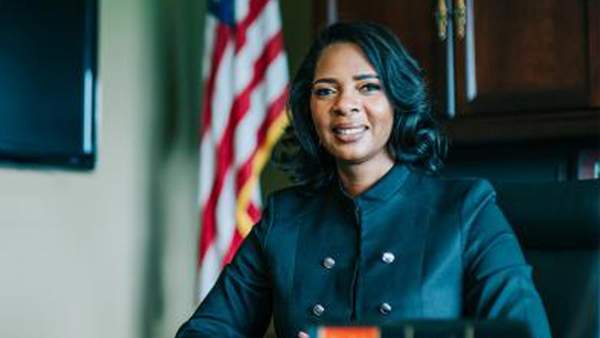 On May 11, 2020, Joyette Holmes has become the prosecutor for the Ahmaud Arbery case for which people were protesting for justice. She is the chief magistrate judge of the Cobb County Magistrate Court of Georgia.

Before becoming judge she was a Republican and after becoming the new prosecutor for Ahmaud Arbery’s case, she said a grand jury has indicted 3 men; Travis McMichael, Greg McMichael, William “Roddie” Bryna Jr. for the charges of felony murder and malice in the death of Ahmaud Arbery. 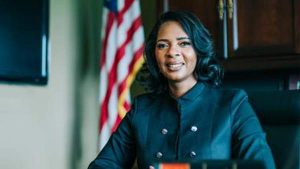 Talking about the education she got two B.A. degrees from the University of Georgia in criminal justice and psychology. Then she went to the University of Baltimore School of Law for the doctor of jurisprudence (J.D.).

She also worked as a public defender in Maryland. Then she moved to Cobb County and practiced law under the name of ‘Law Office of Joyette Holmes’.

She also stood for the election in the Cobb County Traffic Court in 2012 but failed to win it. Later, she got a chance to serve as a prosecutor for District Attorney D. Victor Reynolds and Solicitor Barry Morgan.

Governor Brian Kemp during announcing her as new Attorney said, “Judge Holmes is a servant leader in her community, and I am very excited to select her as Cobb’s new District Attorney.”

What is Ahmaud Arbery Case and What Judgement Joyette Holmes Passed?

Ahmaud Arbery was a 25-year-old African-American who was killed and shot by Travis McMichael. This assault included Travis and his father Greg McMichael and the whole incident was captured in the smartphone of William “Roddie” Bryan.

This whole incident happened back on February 23, 2020, after which the protest environment started and reached its peak with the murder of Goerge Floyd. And on May 7, 2020, those three men whose names are mentioned above were arrested with the charge of murder of Ahmaud Arbery.

The video footage of the incident was the most important aspect of the case because of which the suspects are known.

On May 24, 2020, Holmes announced the indictments of 3 men with 9 charges to each. The charges include malice murder, felony murder, aggravated assault, false imprisonment, and criminal attempt to commit false imprisonment.

Holmes said in a statement, “Our team from the Cobb Judicial Circuit has been committed to effectively bringing forward the evidence in this case, and today was no exception. It has been an effort of many agencies including the Georgia Bureau of Investigation and the Department of Justice who have worked together to get to this point. We will continue to be intentional in the pursuit of justice for this family and the community at large as the prosecution of this case continues.”

After Joyette Holmes made the announcement, the attorney of William R Bryan presented an amended motion for Bail for Bryan.

In 2016’s general election and the Republican primary elections for the Cobb County chief magistrate judge, she got 100% with no opposition.