The Courier Daily News
Home News Who is Martin Gugino? Wiki/Biography, Age: How is he related to George... 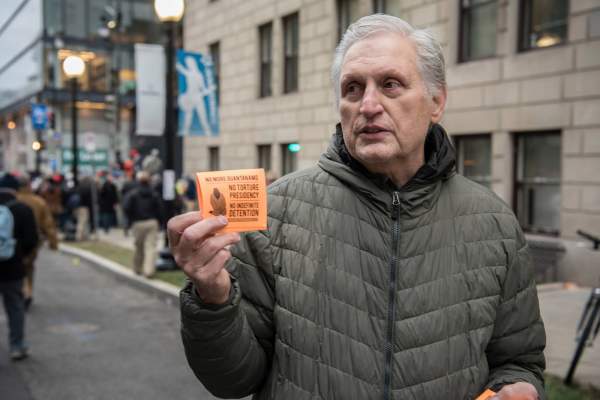 In the past two weeks, the protest is going on after the death of George Floyd on May 25, 2020, during his arrest by four Minneapolis officers (Now, they are ex-officers).

Initially, the protest started peacefully but after some time the same turned into fire, smoke, and riots. This led governments to set a curfew in various states across the nation.

To control the riots, the police have their jobs to make sure nobody cause any sort of damage. Watch in the video below to know what happened when Buffalo police were clearing the Buffalo Hall front.

Just about an hour ago, police officers shove man in Niagara Square to the ground (WARNING: Graphic). Video from: @MikeDesmondWBFO pic.twitter.com/JBKQLvzfET

Who is Martin Gugino? Wiki/Bio

During this job, a 75-year-old man who was also among the protestors of Black Lives Matter was pushed and he fell down to the ground. The police officers were clearing the front of Buffalo Hall as per the orders.

That man was Martin Gugino, a peace activist from Amherst. And as per the sources, he is a very kind, generous and peaceful man who doesn’t believe in violence. 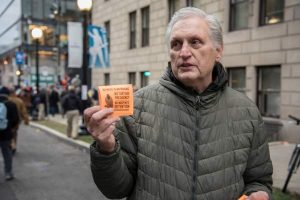 Terrence Bisson, Martin’s friend said, “He’s a gentle person who really believes that he must stand up for what he thinks is right.”

Terrence worked with him during Latin American issues on behalf of the Western New York Peace Center.

The story behind Martin Gugino and Buffalo police

This incident of Martin by the police has got worldwide attention. Because the video of this incident was captured by WBFO reporter and uploaded to twitter.

As of now, that video has been watched more than 80 million times. Watching this, protestors across the world started blaming the Buffalo police.

As per the video, Martin was pushed by two buffalo officers who were recruited under the Emergency Response Team.

The police authorities as an action suspended both of them without pay along with some felony charges of 2nd-degree assault.

After this, the two officers said that they haven’t pushed the man intentionally. Instead, they were just following the orders.

Seeing this, other 57 ERT officers resigned from the job and made the thing clear that nobody from the team will be going to work as ERT or SWAT members for this protest.

On June 9, 2020, the day of George Floyd’s funeral, Donald Trump shared this tweet,

Buffalo protester shoved by Police could be an ANTIFA provocateur. 75 year old Martin Gugino was pushed away after appearing to scan police communications in order to black out the equipment. @OANN I watched, he fell harder than was pushed. Was aiming scanner. Could be a set up?

Did Donald Trump have Jeffrey Epstein killed to cover up his role in child trafficking and the rape of children? The answer will not surprise you. https://t.co/oq3HuZltOY

Martin Gugino, the activist grew up in the city of Buffalo and for working in computer technology, he later moved to Cleveland.

He had done many protests peacefully and was working on many issues from social ones to the environment.

As per the source, he also had a YouTube channel with 35 subscribers having videos related to nuclear disarmament and other issues of the society.

But as of now, it seems like his YouTube channel has been removed or deleted. Because when anyone does a YouTube search with “Martin Gugino”, there is no channel available with this name.

With this, his twitter account was getting attention as he is one of the rare men who actually wanted to do something worth it for the sake of life and the planet.

Note: The story is being developed So, stay tuned with TheCourierDaily TCD! for more news.