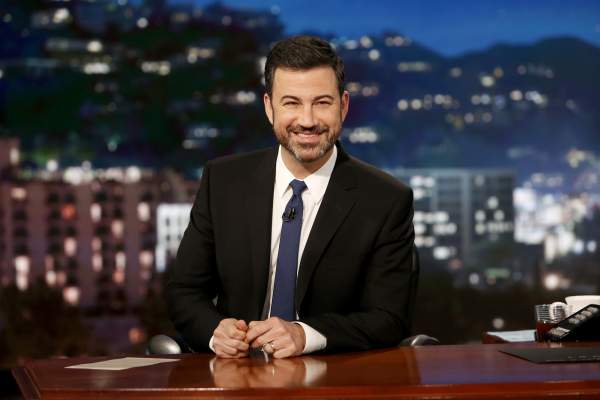 After the arrest of Jeffrey Epstein’s girlfriend Ghislaine Maxwell, various conspiracies are all over the nation about the involvement of celebrities and others with late child traffickers. Some of the names are confirmed but social media is full of rumors about Jimmy Kimmel being on the flight logs.

The recent release of court documents is out against Maxwell after Epstein accuser Virginia Giuffre came forward. She said that she was recruited by Maxwell at a young age and then forced to have sex multiple times. Giuffre also said that she had seen former President Bill Clinton once with “two young girls”.

On July 2, Maxwell was arrested and charged with involvement in child trafficking. She is still in custody after she pleaded not guilty on July 14.

Here is the list as per the court documents:

Apart from them, there are names wrongly linked with the flight logs which created many conspiracy theories around an elite pedophile child trafficking ring. Those names include Ellen Degeneres, John Legend, Chrissy Teigen, and Oprah Winfrey.

Stephan Hawking is also among the ones who traveled to the island. He went along with other scientists not on a pleasure trip, but for work. Jeffrey Epstein once funded a conference which was attended by several prominent physicist and scientists. So at that time, Epstein threw a party during the time they stayed on the island for the conference.

Prince Andrew, the Duke of York also has the name in the logs. He flew four times and one of the victims of Epstein, Virginia Roberts was forced to have intercourse with him three times, as per the court documents.

Now, coming back to Jimmy Kimmel, an image having some high profile names is shared by multiple users on Twitter. Here is one of them,

Hey Jimmy why don’t you talk about going to Epstein’s Pedo island. You are on the flight logs. pic.twitter.com/mtkeFnT70w

Now, there is no confirmation whether Jimmy Kimmel traveled on that plane or not. Radaronline.com shared the flight logs, as per that Jimmy Kimmel didn’t travel on the Lolita Express. They have shared the complete list, just use the “find” option of the browser, and search for a name.

If you have vital information about him then feel free to leave it in the comments section below. We will look at it and update the same. Till then stay tuned with TheCourierDaily (TCD!) for more news.