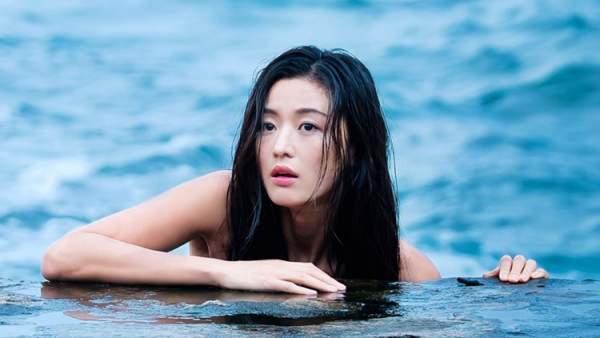 Did Joon and Shim get a baby girl or baby boy? What happened to Ma Dae-Young as he was arrested by the police? Did Heo Chi-Hyun get a bail form the jail and try to kill Joon and Shim again? Having left a number of the questions behind it, the popular South Korean Show on SBS creates hope for Legend of the Blue Sea season 2.

In November 2016, SBS aired Jin Hyunk-directed TV show Legend of the Blue Sea which was available till January 2017 every Wednesday and Thursday. The show contained 20 episodes that were based on the incarnation of the characters between the modern and Joseon time.

The show got popular between its viewers with its interesting story and talented cast. In Joseon’s time, Se-Hwa and Kim Dam used to know each other from their first meet. When Se-Hwa being a mermaid saved Kim’s life and with the passage of time fall in love with each other.

But due to her inability to live like humans because of not being an adult leads her to leave Kim with his memory loss with the help of her mermaid powers. Later, they were both killed by Mr. Yang in the Joseon era with Kim having remembered: “Everything is repeating itself”.

In their incarnation, Se-Hwa was named as Shim and Kim Dam named Joon, with Joon being the son of a businessman and Shim as the mermaid. Both of them not having any knowledge of their last birth.

In this era, Joon after the divorce of his parents became a con-artist who used to earn money with the tricks he learned. Joon reached to a professor who helps him regain his memory erased by Shim. And about the dreams, he used to get about the Joseon era which tends him to remember his relation with Shim.

Apart from this, Joon’s stepmother assigns Mae Dae Young to assassin him who was incarnated, Mr. Yang. Shim erased his memory after catching him while he was attempting to kill Joon. Later Mae Dae-young regains his erased memory after meeting the same professor Joon met.

In the end, Mae Dae Young and Kang Seo-Hee were arrested by police for attempting to kill Joon and Shim. Heo Joon’s stepbrother shoots Joon who was saved by Shim by getting the bullet fired by Heo.

Later, Shim went back to the sea to recover her health. After three years Shim returned back to Joon and they started to live happily having known about the news of Shim’s pregnancy. Here are come some questions regarding the future of Joon and Shim’s relation and their future baby which creates hope for more episodes.

Legend of the Blue Sea Season 2 Release Date: When will the new installment premiere?

Season 1 was aired on SBS from November 2016 to January 2017. Lee Min-ho as Dam-Ryung, the main character is said to be on army training in real life for two years from May 2017. This becomes the reason for a long wait. (Also check: On My Block Season 4 Release Date, Trailer, Cast, Plot: When will the new installment premiere?)

Now, the training is hopefully completed and he will fulfill his promise he did to the viewers that he will be back again to entertain them. But due to current pandemic conditions, all the TV shows have been postponed to some later dates. Still, we can hope for a new season somewhere in 2022.

Legend of the Blue Sea Season 2 Cast: Who will be starring?

The previous season revolved around the Joseon and modern era stories of Joon Jae and Shim Cheong. Some of the main characters that need to be recalled if there is a new season for this popular TV show.

Here are the names of such cast members- Jun Ji-Hyun as Se-Hwa and Shim Cheong, Lee Min-ho as Kim Dam-Ryung, and Heo Joon-Jae, Sung Dong-il as Mr. Yang and Ma Dae-Young, Leo Ji-Hoon as Heo Chi-Hyun, Hwan Shin-Hye as Kang Seo-Hee, and Choi Jun-Woo as Heo II-Joong. In the new season along with these previous actors, some new faces can also be introduced.

Legend of the Blue Sea Season 2 Plot: What could happen next?

Till now, there is no official news about the plot from the creators. But it may be again all about the life of Joon and Shim as they are the main characters. In the last episode, there was information regarding Shim’s pregnancy.

So the upcoming season may revolve around the birth of Shim’s baby. Moreover, Ma Dae-Young and Heo Chi-Hyun were also seen in the last episode which makes a possibility of some new difficulties in the life of Joon and Shim. The rest will be revealed as soon as the trailer is launched.

As of now, there is no teaser or trailer available. We will update it as soon as it becomes public officially.