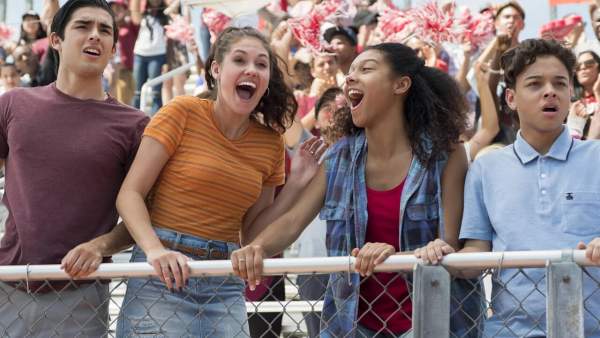 The last season of Netflix series On My Block ended with lasting suspense. Also, some untold stories regarding the main characters like Cesar and Monse relationship status, Lil’s mystery, etc.

The untied ends making audiences eager to know about On The Block season 4. Also, Netflix officials said that they will be happy to work further with the team of On My Block. So, it can be considered as an unrevealed announcement of the next installment.

Lauren Lungerich-created Netflix series On The Block launched its season 3 in March 2020. The story revolves around the main characters Cesar, Monse, Ruby, and Jamal. They were successful in saving themselves from the prophets then; they were kidnapped by Jasmin and were told to find Lil Ricky.

Meanwhile, there come the relationship stories of different couples like Jamal and Kendra, which was then broken up by Jamal as he found himself to be used by Kendra. Also, he was not sure about Kendra from the beginning of their relationship. Cesar and Monse are still silent on their relationship status and have no commitment regarding their relation during the whole story.

The story proceeds with finding Lil for Jasmine then there comes a twist regarding Spooky’s death. At last, a flash-forward of two years and the life of the team is shown completely changed. (Also read: The Nut Job 3 Release Date, Trailer, Cast, Plot: When will the threequel come out on screens?)

Unlike the previous two seasons, the third installment has only 8 episodes while the previous ones had 10 episodes each. Also, there is no clue regarding Jasmin’s existence. The new season can be a new story that will make the members unite again.

On My Block Season 4 Release Date: When will the new installment premiere?

The season 3 was premiered on Netflix in March 2020, the previous seasons were also launched near the month of March with a year gap. The most probable time for the next outing is expected to be in March 2021. But having a look at the current condition of COVID-19 pandemic all the shows and movies have changed their schedule. So, the release may fluctuate.

On My Block Season 4 Cast: Who will be starring?

Since there is no official news regarding the launch of the next installment, the cast can’t be really concluded but most of them should remain the same. At least main characters like “Diego Tinoco as Cesar”, Sierra Capri as Monse”, “Jason Genao as Ruby”, “Brett Gray as Jamal”, “Jessica Marie Garcia as Jasmin”, and  “Julio Macias as Spooky”. Some new faces can also be included depending upon the plot.

On My Block Season 4 Plot: What could happen next?

The plot of the next season is the main concern of the viewers as it generates interest in the mind of the viewers. As of now, the plot is not officially revealed but we can have some idea from the last installment that the story may be around Lil’s mystery as the team has not found him yet.

On My Block Season 4 Trailer

Right now, the trailer is not out, you can watch the season 3 trailer below: