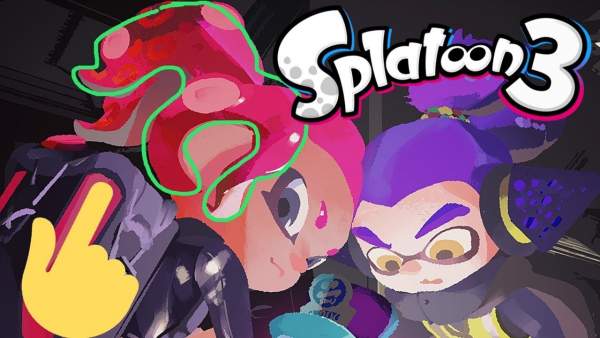 Is Nintendo going to launch Splatoon 3? Nintendo tweeted an art regarding Splatoon with a new outlook with one of its characters Marina in December 2019. This created a hope that there an update is coming to Splatoon soon.

Nintendo creation Splatoon 3 can be out in 2020 as it has been a long time since the last update in 2017. Splatoon 3 will be the third edition of it. The previous two came with a gap of two years Splatoon in 2015 and Splatoon 2 in 2017.

It is a third-party video game franchise that is based on shooting with ink. It contains some characters that are called Inklings and Octolings that can transform themselves into humanoids to hold the weapon and into squids to hide or swim in the ink.

The game during its arrival contained two options one as a single-player and the second one was a four-versus-four multiplayer online option that can be played using the internet. Within the game, there were some festivals named Splatfest in which, players can participate by answering some questions depending on which they get selected into the teams.

Splatoon 2  was launched by Nintendo in 2017 at nearly the same time as the previous one in the month of July. This update added some new powers and style to the game so that the players can check their progress and contact to the fellow players.

Splatoon 2 had some challenges that were named Salmon run, Clam Blitz, etc. Later, expansion to the series came in 2018 named Octal Expansion that introduced Octolings. (Also read: ‘Diablo’ 4 Release Date, Trailer, Gameplay, Characters, Storyline And Everything You Need To Know.)

Splatoon 3 Release Date: When will the new game arrive?

The Tweet by Nintendo tends us to think that there will be a third update for sure. Moreover, this is holiday time and everyone is in their home that makes it quite convenient to play the game during the pandemic.

The game can act as a good time cutting tool for someone who has to do nothing during these hard times. It will also connect friends with each other by playing together in the same frame with the help of the internet.

The all-new Splatoon 3 may be out in the month of August 2020, though there was an Expansion in 2019 named Octo Expansion, this is the high time for a new update for the series of games. (Also check: The Elder Scrolls VI release date, rumors, and news updates.)

Some more characters can increase the number of players in the multiplayer option of the game. Till now it has a four v/s four multiplayer option that can be accessed via the internet or the single-player option in the video game system. Despite the music was quite good and enjoyed by the players, some new graphics and music can also be added to it.