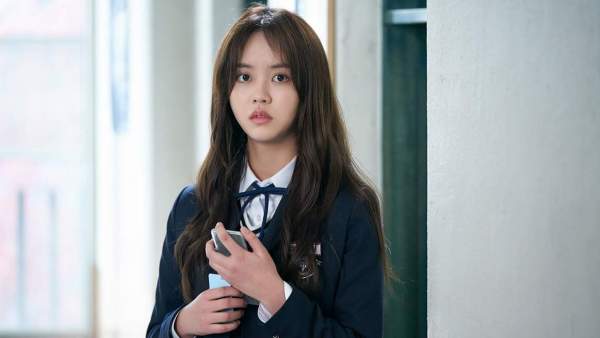 Love in the digital age can get complicated. Love Alarm revolves around a dating app that tells a user if someone within their 10-meter distance has romantic feelings for them.

Over the last few years, we have seen people becoming inclined towards K-drama. It is loved by many because of the realistic storylines. Love Alarm was a little far from reality, but it was no exception and became quiet famous amongst the K-drama fans.

The show is based on a Daum Webtoon of the same name by Chon Kye-young. The good news for the fans came when the show was renewed on October 29, 2019. Since then the fans are waiting to know the release date.

Well now that there have been several confirmations by Netflix and its co-stars, let’s dive into the details and find out when the show will be released and what will the cast and plot be?

In an advanced world, an app developer releases an app called “Love Alarm”. The app tells its user if anybody in their ten-meter radius has feelings for them. However, this app brings trouble for Jo-jo when she realizes that she is stuck in a love triangle.

The show ended on a massive cliff-hanger where Jo-jo came face to face with Sun-oh and Hye-Yeong. Jo-jo’s app gave her a signal which showed that she had two people within her ten-meter radius who loved her.

(Also check: ‘Legacies’ Season 3 Release Date, Trailer, Cast, Plot: When will we get the pending episodes and the upcoming outing?.)

‘Love Alarm’ Season 2 Plot: What could happen next?

The second season might begin from the end of the first season. Jo-jo will have to choose who she wants to be with. There is also an update on the app which will predict who in the future will fall in love with the one using the app, isn’t that crazy?

There is also some mystery around the app developer. We know that the shield was given to Jo-jo by Duk Gu. Although, whoever was giving the presentation didn’t look like Duk Gu. There is a possibility that we will find what exactly happened to him and why was the company showing someone else as the developer.

Who do you think Jo-jo should end up with? Let us know in the comments section.

The show is currently in its production stage. Finally, the wait is going to be over. Netflix has set the release in August 2020. There has been no announcement indicating a delay. So, it looks like the show is coming soon. Hopefully, we will find the answer to our most anticipated questions.

‘LA’ Season 2 Episodes: How many episodes will be there?

‘LA’ Season 2 Cast: Who will be starring?

In season two we will be seeing:

It is unclear if there will be new additions.