The Courier Daily News
Home Entertainment ‘Raktanchal’ Review: Watch For Free on MX Player, Is It a Competitor... 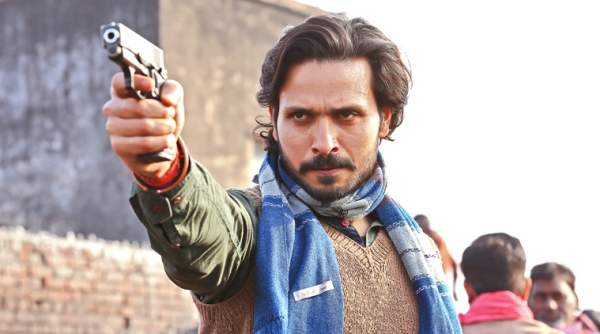 Recently, the MX player released ‘Raktanchal’ on May 28, 2020, and some people are relating it to Amazon Prime Video’s ‘Mirzapur‘. Is it really on the same concept or idea of it? Well, you will get everything about the series in this article.

The Indian crime drama web tv series is based on the real-life events happened during the ’80s of Purvanchal region of Uttar Pradesh. As of now,  some people have already watched and given a rating of 8.5/10 on IMDb which will fluctuate to some extent.

With this one can say that it will be somewhat the same as ‘Mirzapur’. But wait, let’s dig out more about the show, and then we will come to a conclusion. (Also read: ‘Panchayat’ Season 2 Release Date, Trailer, Plot, Cast And Everything We Know So Far.)

‘Raktanchal’ Trailer: How the show looks in the first impression?

First of all, the show is available for free on the official website and app of MX Player, there is no need to worry about the subscription. However, a few hours after the premiere, some pirated websites leaked it.

If you haven’t watched the trailer video, then you can watch it below:

The creators of ‘Raktanchal’ have made the trailer very appealing. One can easily become eager after watching this trailer as the genre is kind of interested and based on real events. What do you feel? Express them in words in the comments below.

‘Raktanchal’ Review: Is it worth watching?

As per what I’ve experienced being a tv show addict, the show is freely available and in India, there is a whole lot of audience who seek free content. The viewership count is going to be huge as per my knowledge.

Nowadays, people are working for a somewhat fewer number of hours than usual because of the coronavirus pandemic. So, they may have more time for entertainment dose staying at home. (Also read: Amazon Prime Video’s ‘Inside Edge’ Season 3 Release Date, Trailer, Plot, Cast and Everything We Know So Far.)

The story of ‘Raktanchal’ revolves around the life of Waseem Khan who is shown as the ruler of the mafia world. And as we have already watched it in various Bollywood movies, Mirzapur, Paatal Lok, Sacred Games, these mafias are somehow linked with corrupt politicians.

If you are a regular gangster story lover then you must have seen this that politicians need the support of dons or mafias to win the elections.

Other than this, the story becomes kind of interesting when Vijay Singh enters. He is the anti-hero and wants to take revenge for the murder of his father from Waseem. While Waseem doesn’t want to lose his power because of Singh.

Due to these two people Khan and Singh, the Purvanchal region becomes the battlefield. And as it is depicted also in the trailer that anyone holding a Katta (local gun) is a soldier.

Well, the sad truth is that most of the things that ‘Raktanchal’ features, it doesn’t seem a new idea. It’s just like that one by one every OTT platforms are entering this genre to get the viewership.

Netflix, Amazon Prime Video, etc have already tried this and still working for more seasons. Ritam Srivastava-directed show will be perfect for those who just love watching gangster things.

If you love watching something new every day then’Raktanchal’ will not be totally worth your time. (Also check: ZEE5’s ‘Baarish’ Season 3 Release Date, Trailer, Plot, Cast: When will the new series premiere?.)

Till now, ‘Raktanchal’ is performing well as it is seen with the ratings of IMDb. But as already stated at the beginning of this article, the rating will not take long to change.

If you have planned to watch ‘Raktanchal’, then I think I should not reveal more spoilers about the show. You can watch it yourself on MX Player and enjoy the show!