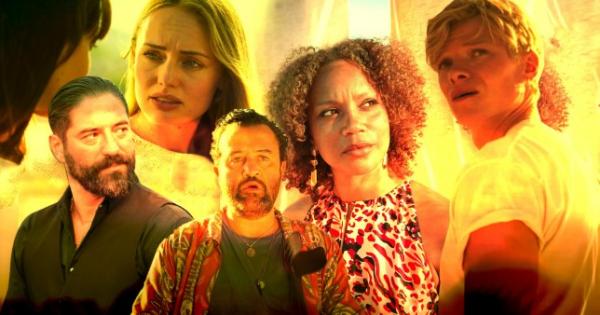 The first installment of White Lines released in May 2020 and had people talking about it. It was from the creators of Money Heist so we obviously expected some super intense and exciting story out of it. It has originally been set up for 3 series. However, we haven’t received any confirmation for season 2 from Netflix as of now.

It was also one of the most-streamed show in May this year on Netflix. The audience was on the edge of their seat to find out who killed Alex and when the finale came we all knew who it was that killed Axel. However, there have been various theories on what will happen in the second season. Well, let’s get some details and see what has happened so far. (Warning: Spoilers Ahead)

What is the plot of White Lines season 2?

In the first installment, we saw how Axel’s sister Zoe tried to find out the mystery behind her brother’s death. However, we also saw she made herself familiar with Axel’s hometown pals Marcus played by Daniel Mays and Anna played by Angela Griffin as well as meeting nightclub bouncer Boxer played by Nuno Lopes and her brother’s ex Kika Califat played by Marta Milans.

She then started getting caught up in their lies. She found out in the end how Anna and Daniel were involved in the murder of Axel and that left her devastated. It was shocking to see that in Spain, there is a rule that a murder suspect can’t be arrested after 20 years of a crime that led the culprits to get away free. (check: Gangs of London season 2.)

Anna ended up getting married and well Daniel joined a business. It looks like we will be seeing more of what happens next with Anna and Daniel. However, there is also speculation that there may be a completely new story in season two. It may be based in Ibiza itself but nothing is confirmed as of now. Only time will tell what happens next.

Who is the cast of White Lines season 2?

We are expecting some of the cast from the previous season to come back into the show like Laura Haddock as Zoe Walker, Nuno Lopes as Boxer, Daniel Mays as Marcus, Marta Milans as Kika Califat, Juan Diego Botto as Oriol Calafat, Pedro Casablanca as Andreu Calafat, Belén López as Conchita Calafat, Angela Griffin as Anna, Laurence Fox as David, Tallulah Evans as Jenny Walker.

It completely depends if this show chooses to focus on the same storyline but a different character. This list has not been confirmed either. Maybe this time Zoe will not be much involved and the show may revolve around another character. If they choose another story for season 2 then there might be some changes in the cast. At this point, these are just our guesses but as soon as there is any news we will notify you.

Check: AMC’s The Walking Dead Season 11 Release Date, Episodes, Cast, Trailer, Plot and All Details You May Want To Know

Is there any season 2 trailer for White Lines?

As of now, the show hasn’t been confirmed by Netflix. If it gets its confirmation anytime soon we may see the trailer towards the end of this year or early 2021. It depends also on the situations of the world and production. If it gets confirmed and the production begins we will surely see some glimpses and teases here and there.

However, you can go ahead and check the trailer for the first season below. (check: ‘Panchayat’ Season 2 Release Date, Trailer, Plot, Cast And Everything We Know So Far.)

Will there be a White Lines season 2 (release date)? Premiere:

As of May 18, 2020, Netflix hasn’t officially said that the show has been renewed for a second run. However, with the success, the show has made it is likely that it may come back. However, nothing is confirmed and as the series was released in May itself so it is too early to say anything we will wait for a confirmation on this one.

Moreover, everything is on halt due to the obvious virus outbreak across the globe. As soon as the situation comes under, all the tv and movie productions will be right on track. Until then, everything is up in the air. The filming may begin later this year.