The Courier Daily News
Home Entertainment Spinning Out season 2 release date: Is it renewed or canceled? 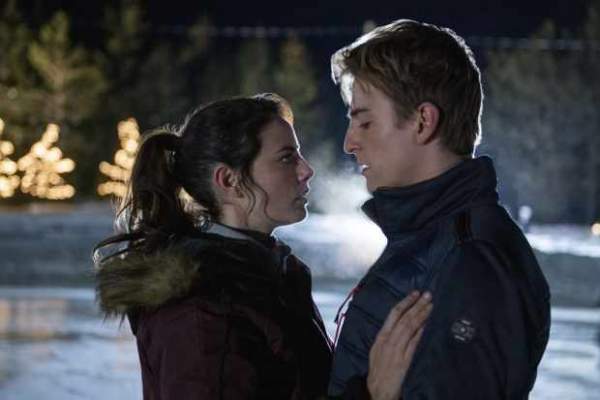 The first season of “Spinning Out” ended without describing whether Kat Baker and Justin Davis will be together or not. Also, there are no satisfying details regarding the competition. In other words, we can say that the series ended unexpectedly. This unexpected end makes us think that there should be a next season.

Elizabeth Allen Rosenbaum directed American drama Netflix’s original web series “Spinning Out” released on January 1, 2020, on Netflix. The whole story revolved around its main character Kat Baker’s life who is a great ice skater and wants to win the Olympics in skating.

Unfortunately, she falls down during one of her competitions and was seriously injured in her head. But she decided to struggle with his life and started skating in pairs instead of solo performance with his new partner Justin Davis.

Justin Davis is a rich guy who loves to do skating also he was badly reputed amongst the fellow skaters. Kat started practicing skaters as pairs with Justin, but the problem was that there was no bonding between them due to the solo skating nature of Kat.

Their coach Dasha suggested them to have a bonding first so that they can cope up with each other during the performance. There arrived one more competitor for Kat and Justin who makes everyone a little tensed.

Kat has one more problem regarding mental illness for which she used to have medicines. But due to some busy schedule and partying she forgot to take the pills for several days which had an ill effect on her health and she started to behave differently.

Her mother Carol Baker warned her not to tell anyone about the disorder. Kat’s dad returned to the plot all of a sudden that disturbs carol and Serena. The relationship between Kat and Justin came to the next level and they performed on the stage romancing with each other.

All of a sudden the story came to an end without giving any information regarding Kat and Justin’s relationship that leads viewers to have a next season of the series.

Spinning Out season 2 release date: Is it renewed or canceled?

The first season of “Spinning Out” was released on January 1, 2020, on Netflix. The viewers are eager to know about the next installment. But there was news from Netflix nearby February, that there will be no extension season to this series. This series has been put into blacklist by Netflix like many other series.

But the story doesn’t seem to be completed in the first season there should be a next season. It might be possible that it has been canceled due to the current pandemic conditions due to COVID-19. But if there will be a season it would definitely be in the next year or the year following the next year.

Spinning Out season 2 cast: Who will be starring?

Most of the cast of “Spinning Out” should remain the same so as to give a feel of the series and the connectivity to the previous season, rest depends on the plot of the season. The cast as of now includes Kaya Scodelario as Kat Baker, Willow Shields as Serena, Evan Roderick as Justin Davis, David James Elliot as James Davis, Sarah Wright as Mandy Davis, January Jones as Carol Baker, Mitchell Edwards as Marcus, Amanda Zhou as Jenn Yu, Svetlana Efremova as Dasha, Kaitlyn Leeb as Leah Starnes.

Spinning Out season 2 plot: What could happen next?

The plot should be rotating around the life of Kat Baker and Justin Davis. There could be some new competitions which they will have to face along with their love life. There could also be a plot totally different as there is no news to date for the next season.

Although there will be a huge gap between the seasons that may lead to a new plot. But according to the end of the first outing, the plot of the upcoming installment should be connecting with the previous one as it has been left with a number of questions to the viewer’s mind.