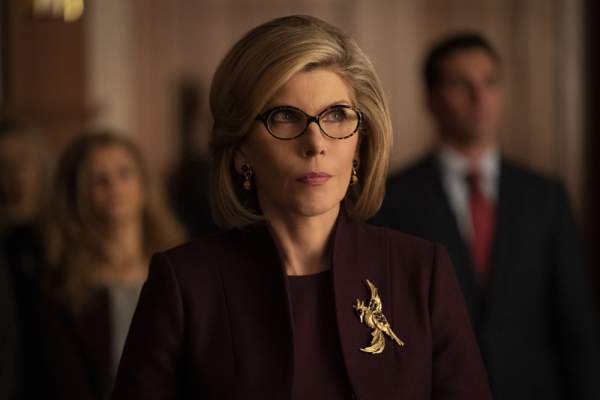 The American famous legal web series “The Good Fight”, also available on CBS All Access, is a legal drama that started in 2017 with 10 episodes. The series is also a sequel to the previous show named “The Good Wife” and is created by the same creators named “Robert King”, “Michelle King” and “Phil Alden Robinson”.

The series was recently premiered with 4th season in April 2020. The series was earlier planned to be containing 10 episodes that were later reduced to 7 episodes due to the current pandemic COVID-19.

But before premiering the finale episode on May 28, 2020, the series was renewed on May 14, 2020. As per the news from the officials of CBS as well as the creators of the series, the series has been announced for renewal with a fresh new season.

To get information regarding the release date, cast, and the plot of the 5th season keep reading this article to the end.

In the previous season, the story revolved around the elections to be held in the US. Diane in an alternate world realized something regarding the elections, that was later recognized by her was not the reality.

Diane continued her profession with Reddick-Boseman-Lockhart where they used to handle law issues regarding various cases. Later, she came to know some secret code M618, which she decided to investigate and keep on searching for it along with her work.

As the series was then cut down to a lower number of episodes, the story is still left to be told that will be available in the next season that may be available in the near future. The fans are also waiting for the new outing and answers to the questions raised due to the cancelation of the further episodes.

The Good Fight season 5 release date: Is it renewed or canceled?

The series premiered its first season in February 2017 with 10 episodes. The second installment in March 2018. Later the series has been renewed two more times with a year gap of one year and aired in 2019 and 2020.

Recently, the 4th season was shortened due to the current pandemic of COVID-19. Only 7 episodes from the pre-decided 10 were premiered on CBS as the further episodes were not recorded due to the unexpected arrival of the pandemic.

The episode 8 of the fourth installment was out on June 2, 2020, and it has been renewed for a fifth season officially. But as we can understand it is not possible to record the episodes during the current time, it is not possible to get it in the next year. But we may get the 5th outing by early 2022 in the worst-case scenario.

The Good Fight season 5 cast: Who will be starring?

The cast of the series has been the same with some recurring characters in it. The main characters of the series that have been the same or we can say repeating from its first season are- Christine Baranski as Diane, Rose Leslie as Maia, Cush Jumbo as Lucca, Erica Tazel as Barbara, Delroy Lindo as Adrian, Sarah Steele as Marissa, Justin Bartha as Colin, Michael Boatman as Julius, Michael Sheen as Roland, Zach Grenier as David, etc.

In the next outing, we can expect them to come back on the screen to entertain the viewers with their unforgettable roles and acting. Some new faces are also likely to be introduced in the cast depending on the plot of the new season.

The Good Fight season 5 plot: What could happen next?

Previously, in season 4, The life of Diane, the lead character of the series from the trio that is a famous law firm named Reddick, Boseman, and Lockhart. They were described where she has to face many difficulties in the form of political and emotional drama.

The new series may arise with the new information regarding the M618 that Diane was investigating. Rest depends on the writers.

The Good Fight season 5 trailer: Is there something out?

Right now, the show is only renewed for the fifth installment. There is nothing out with the name of teaser or trailer but you can have a look at season 4’s trailer below: