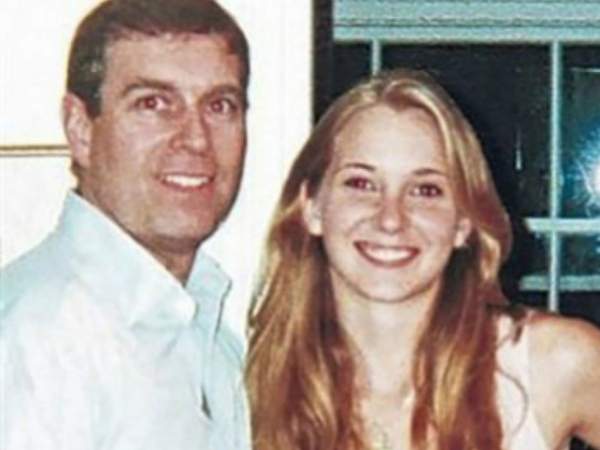 Epstein accuser Virginia Giuffre took action against Epstein’s ex-lover, Ghislaine Maxwell. In her claims, she said she was procured by Maxwell in the teenage to forcefully make her a “sex slave”.

Hours before the Epstein’s death, she made more than 2000 documents of lawsuit manuscript against him. She prepared those documents for the defamation case against Prince Andrew and Maxwell in which she claims that Prince Andrew had intercourse with her three times.

In her claim, she explained, when she was 17, she had sex with Prince Andrew in a toilet after a night in a posh London club. The Sun Online contacted the Buckingham Palace, they stated, “It is emphatically denied that The Duke of York had any form of sexual contact or relationship with Virginia Roberts.”

The royal family is calling her claims as claims without any foundation. But Giuffre still saying that he was an abuser in an interview.

In the documents released, she said the former President Bill Clinton was seen once on the Epstein’s island with “two young girls”. But at that time, his presidency was ended.

This particular point has started the trend of involvement of the former President with the sex trafficker. On August 2, 2020, Twitter users used the hashtag #BillClintonisaPedo which started trending on the micro-blogging site.

When Jeffrey Epstein ended his life Giuffre’s lawyer Sigrid McCawley said, “The fact that Epstein took his own life within 24 hours of the unsealing of detailed and devastating documents and exhibits in Virginia Giuffre’s lawsuit against Ghislaine Maxwell, which informed the public of the scope, scale and sophistication of the international sex trafficking operation Epstein conducted, is no coincidence.”

How did Virginia Giuffre get into the troubles with Jeffrey Epstein?

When Virginia Giuffre was 14-years-old, she used to live with her father who worked in Donald Trump’s Mar-a-Lago property as a maintenance manager. So, her father helped her to get a job at the same place.

She was then recruited as a spa attendant at Donald Trump’s private club. In 2000, Giuffre and Maxwell met first at Mar-a-Lago, she was reading a massage therapy book. Seeing this, Maxwell approached her and offered her a job for providing massage to Jeffrey Epstein during. In that offer, she ensured that there was no experience needed for her.

After that Maxwell introduced Guiffre to Epstein then they quickly started the process of grooming for giving sexual services.

Who is Virginia Giuffre?

She is among the most important survivors from the sex trafficking ring which was run by late financier Jeffrey Epstein. For providing justice to the victims, she founded a nonprofit organization Victims Refuse Silence.

In 2015, Virginia Giuffre shared her experiences with high profile people like Epstein, Ghislaine Maxwell, Prince Andrew, Alan Dershowitz, and others. She was all over the interviews in American and British media.