My Brilliant Friend is a coming of age drama which airs on HBO, RAI, TIMvision, and Sky Atlantic. It originally aired in Italy, after that in the USA on HBO in May, the last one to receive the show is most probably the UK.

The series is an adaptation of four novels in the Neapolitan novel series by Elena Ferrante. It is set to incorporate all the four novels in a miniseries of eight episodes, among which two novels are already encapsulated.

The series revolves around two childhood friends, Elena and Lila, living in the 50s Italy. As the story proceeds further, we see how childhood friends, now in their teenage, support each other while suffering the atrocities on women in a post-war country.

Although, both the characters have a stark contrast of behavior patterns, their friendship holds them together in the time of adversities.

Fans and critics are pretty much waiting for season three, as the first two seasons got sterling reviews from both the critics and fans.

The childhood roles are played by Elisa Del Genio of Elena Greco, Ludovica Nasti of Raffaella ‘Lila’ Cerullo. The teenage roles were then transferred to play by Margherita Mazzucco and Gia Grace, individually.

In season 3, we are going to witness the character getting into older roles. So, there are two theories about the next installment. One is that there will be an entry of new actors portraying the older version of Elena Greco and Raffaella’ Lila’ Cerullo, and the actors who played the younger version will make a guest appearance as a flashback memory.

Another theory is that the actors will remain the same, but they will be made to look older with professional makeup artists. Conveniently, the second theory sounds more economical and functional, as the new actors will take some time to get into the characters’ skin.

Actors like Anna Rita Vitalo, Luca Gallone will reprise their roles as Immacolata Greco and Vittorio Greco. There are also rumors that Imma Villa, as Manuela Solara, will reprise his role in the next season.

We are expected to see the entry of new characters in season three, although, till present, there is no announcement of casting new members for the upcoming installment.

As we know that the series is an adaptation of four novels of the Neapolitan series by Elena Ferrante, we will inevitably get a third and a fourth season in the series drama.

Going by the time difference between the first two installments, it took around 18 months for season two to come after the first one. Following the same chronology, season 2 ended in March 2020, so the season third will probably come in April 2021.

But the release date could escalate further, as Italy is among the worst affected countries from coronavirus and is still in a recovery mode. As we all knew, this is an Italian show, so it is quite impossible to resume shooting in Italy.

So, be ready for further delays, maybe up to November 2021.

The producers have announced earlier that all the four Neopolitan series’ novels will be converted into the series drama. The story of the third season will be based on the third novel ‘Those Who Leave And Those Who Stay’, in which Lila and Elena’s friendship is going to see many ups and downs.

In the third installment, Elena is pursuing her education in the hardships of poverty and Lila experiencing motherhood, getting confused about her feelings towards Nico while being married to Stefano.

According to the novel’s story, the prime focus will be on Elena and her writing career in the third season. While Lila will try her hands in computer programming, taking the opportunity of an increase in the demand of computer experts in the country, and make riches from her computer knowledge.

As both the persons will become busy in shaping their careers, their relationship will drift apart. It will be exciting to see how they will reinstate their friendship, or they will forget each other on account of being too busy in their individual lives.

Let’s wait and see what’s there in the box in the upcoming season.

Where to watch My Brilliant Friend tv series?

You can watch the previous episodes on Sky Atlantic. For the latest installment, the streaming channel is different for different countries. It will air on HBO in the USA, RAI, and TIMvision in Italy, NOW TV in the UK.

So purchase the subscription or take a seven-day free trial of the channels and binge-watch the previous season’s in this quarantine period. 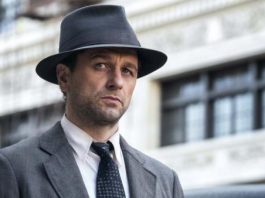 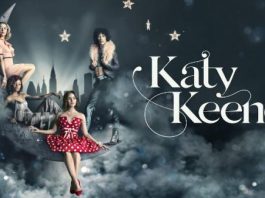 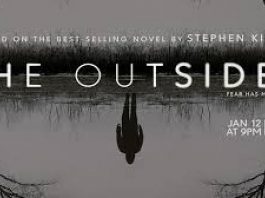