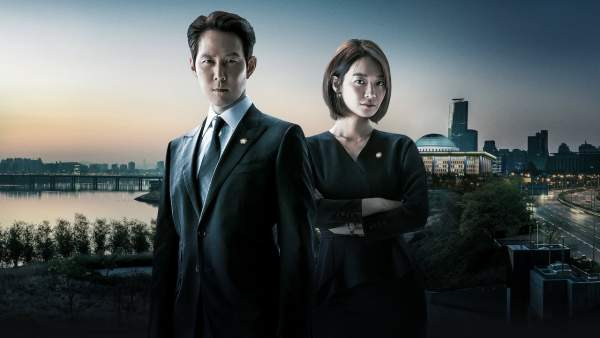 Netflix is a tremendously vast studio and platform that has given opportunities to so many new and unique content shows and movies. Without much difficulty, Netflix continues to spread its wings higher and higher by stepping in to nurture a whole new culture and offering their shows worldwide.

For example, we all know that Netflix proffers international shows such as Korean, Indian, Chinese, and many more with equal preference and opportunity. Similarly, the platform has such vivid genres from romance to thriller to political dramas, one such show is known as “Chief of Staff” of Korean origin.

Chief of Staff is a political drama series with two seasons launched in 2019. Produced under Korea’s Next Entertainment World, it rotates around some political figures with their own motives and ambition.

Furthermore, both the seasons have been quite successful in harvesting the audience’s attention and leaves them wanting more. So, let’s find out if we have another season coming up or not.

Although there’s isn’t a formal confirmation yet of the renewal by Netflix, the season 2 finale left a hint at the third season. Somehow, the confirmation news might get a little delayed due to the Corona Virus outbreak, we still expect the series to return to the platform.

Also, there is no need to get your hopes down and forgetting about the series at all because 2020 has been delaying ample of series and movies so whenever the confirmation news comes along, we’ll update you.

As of now, there is no specific date of the political drama making its return but it was predicted to be in October 2020. However, the global threat of the Corona Virus has halted everything, from businesses to production houses.

At this point, we will have to wait for the creators to reveal a release date. Till then, we must continue to watch the other two seasons to refresh our memory.

Chief of Staff Story: What’s it about?

Jang Tae-Joon, a graduate from Korean National Police University and a former detective joins to be an aide in National Assembly to gain more power. Jang works for a 4-time lawmaker as a chief aide and is highly ambitious with great intuitive senses, he is strong-willed and doesn’t hesitate to take anyone down.

Kang Seon-Yeong, on the other hand, is a first-year lawmaker and her party’s spokesperson who previously worked as a lawyer and hosted a legal TV show. Gradually, these two similar beings grow romantic towards each other and start dating in secrecy.

It is a slow-paced show but with great intensity and reality of the South Korean government. The turns of events and twists keep the viewers on the edge of the seat with each passing moment, so to all the political drama fans it should be on their list of the shows to watch.

Chief of Staff Season 3 Cast: Who’s in it?

Chief of Staff Season 3 Trailer: When will the Trailer land?

Since the filming hasn’t begun yet, we cannot anticipate a trailer anytime soon. But it will happen if and when Netflix decides to renew it. This is all we had for now but we’ll get back to you soon when new information circulates.